Sale Of Verizon Media, Including Yahoo, To Apollo Global Could Be Announced Monday: Report 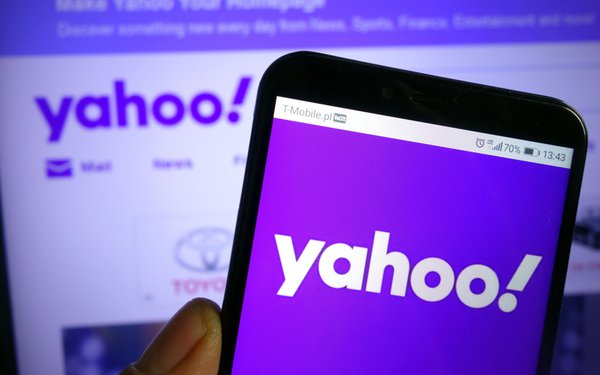 Apollo Global Management, a U.S. private equity group, is close to acquiring Yahoo and other Verizon Communications media assets from Verizon, according to the Financial Times, citing people familiar with the situation. The deal would enable Verizon to focus more closely on mobile and the rollout of 5G.

The deal could be announced Monday. Apollo would pay between $4 billion and $5 billion for the assets, according to the report.

The hope is that Verizon could compete with Google, Facebook and Microsoft by building out its media offerings, such as Verizon Media guaranteed programmatic. Meeting this goal meant several acquisitions.

Verizon acquired AOL in 2015 and Yahoo in 2017 for about $9 billion, according to reports. The combined companies were used to build out its media group called Oath, led by former CEO Tim Armstrong. Then in 2019, Verizon renamed the business Verizon Media Group.

Verizon had hoped to create content and become one of the world’s largest owners of first-party data across mobile. This would allow it to compete with Google, Microsoft and Facebook, but Yahoo failed to win significant market share to date.

As the Financial Times points out, Verizon’s 5G internet services cover 230 million people in more than 2,700 cities as of December last year.
Verizon said in a SEC filing that the company incurred a $4.6 billion writedown on its media businesses in 2018, and it achieved, in part, lower-than-expected benefits from the integration of  Yahoo and AOL.

Verizon Media Group was focused on programmatic and native advertising, but was unable to generate enough interest.

Business picked up in the second half and the unit has logged two consecutive quarters of double-digit growth including a boost of 10% to $1.9 billion in the first quarter, according to The Wall Street Journal.

The acquired business, for Verizon, included Yahoo Finance and Yahoo Mail as well as news sites TechCrunch and Engadget that generated $7 billion of revenue in 2020 --  down 5.6% from the previous year due to a sharp advertising pullback during the early months of the COVID-19 pandemic, per The Wall Street Journal.