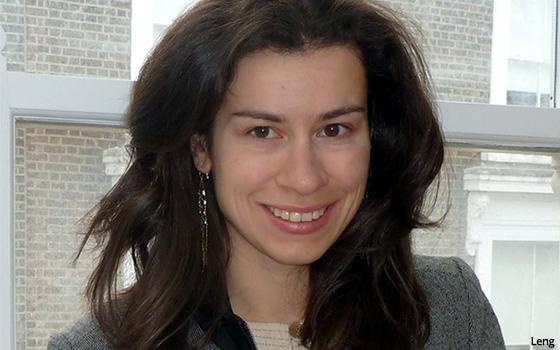 CreativeX’s technology aims to analyze and reveal how people are represented in advertising, such as examining the frequency with which brands cast people in ads by age, gender and skin tone, and how different groups are represented in images and video.

With “the explosion of content on YouTube, Snapchat, Instagram, Pinterest and others in advertising, the standards that brands created continue to erode,” said Anastasia Leng, founder and CEO of CreativeX, which was founded in 2015.

One example highlights how often women are portrayed in domestic compared to professional settings. The goal is to help brands understand the stories they tell in their ads despite what they think they are conveying to remove stereotypes from ads.

CreativeX’s research shows these stereotypes have become real problems that brands struggle with all the time. The focus is a work in progress, but the idea is to help brands improve the progressive representation and portrayal in their advertising, she said.

She grew up in Russia, but spent time living in Vietnam, Bahrain, Hungary, France, England, and the U.S. She speaks Russian, French and English, and freely talks about lessons in global marketing and consumers she has learned from living in many countries around the world.

As a child, life in Bahrain helped her understand stereotypes. Life as a child was very different from the experience her mother had at the time. “Bahrain is relatively liberal compared with Saudi Arabia, which is very conservative,” she said. “My mother learned how to drive in Bahrain, so many people looked down on her. She didn’t wear a burka, which people didn’t like, either. She has a much more difficult time than I did.”

Leng expected to follow her father’s career path into journalism, but found a love for publishing. Her mother wanted her to become a doctor, and her father hoped she would become a lawyer. Her first intended major was international relations, but she switched to psychology, sociology and science.

“I never thought I’d have my own company,” she said.

But Leng caught the entrepreneurial bug at Google, where she spent five years, beginning in 2007. During her time there she worked on every ad tech project the company produced.

Many of the projects were in early experimental stages. In 2012 she left to start an ecommerce business, Hatch.co, and then again restart to found CreativeX in August 2015, after struggling to understand what made some visual content successful, and others, no so much, despite them looking similar. The backbone of this project created CreativeX.