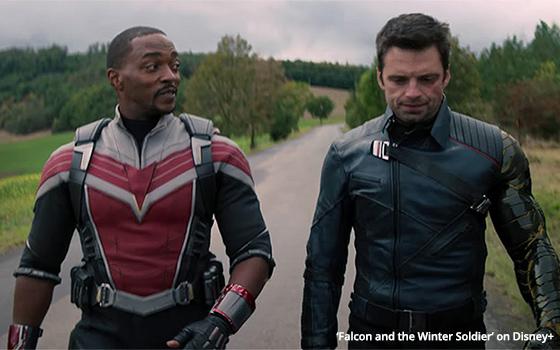 Walt Disney's closely watched direct-to-consumer business witnessed a 59% rise in revenue in its fiscal second-quarter period to $4 billion -- as well as an increase in global subscribers for Disney+, to 103.6 million.

But analysts were expecting a bit more -- around $4.05 billion in revenues and 109 million subscribers. All this dinged Disney company stock a little in after-market trading -- down 4%.

In better news for the company, that streaming-based business -- which includes Disney+, ESPN+ and Hulu -- trimmed its net losses to $290 million from $805 million a year ago.

Bob Chapek, chief executive officer, The Walt Disney Company, says the company maintains Disney+ is still on pace to get between 230 million and 240 million subscribers by 2024.

Looking at its legacy media and entertainment businesses, revenue at Disney Media/Entertainment Distribution was flat at $12.4 billion, with revenue down 44% for Disney Parks/Experience/Products to $3.2 billion.

Television advertising at Walt Disney’s TV networks ABC and ESPN was down because of lower viewership.

ABC lost ground, largely due to the timing of the Academy Awards. This took place in Disney’s third-quarter reporting period, which aired just a few weeks ago. ESPN suffered due to timing of the College Football Playoffs, which took place at the end of Disney’s first fiscal quarter in 2021.

Disney did see increasing advertising-revenue growth at its international channels, due to higher average viewership.

Streaming TV advertising also grew at Hulu and ESPN+. (Disney+ runs no advertising on its platform).

While Disney does not release specific advertising financial details (or for its linear TV channels), it does disclose the important average monthly revenue per subscriber (ARPU) metric, of which advertising is a component. Subscription fees are the other part.

At Hulu, total ARPU -- for all its options -- was up 21% to $81.83 a month. Christine McCarthy, senior executive vice president/chief financial officer for Disney, said of Hulu during the earnings phone call with analysts: “The most important driver for Hulu is the addressable advertising strength. That continues to be a real upside... There's real demand for that addressable advertising.”

Total Hulu subscribers are were 30% higher to 41.6 million versus a year ago. Breaking this down, Hulu's video-on-demand streaming option was up 31% to 37.8 million subs; Hulu Live TV + SVOD was 15% higher to 3.8 million.

Much of this comes from its transitioning operations in India, moving to the current Disney+ Hotstar brand from the previous Hotstar service, owned by Fox Corp.

In addition, Disney+'s Hotstar has a “significantly lower” ARPU versus other international markets, according to the company.