Apple Engineer On Ads Team Forced Out By Cancel Culture 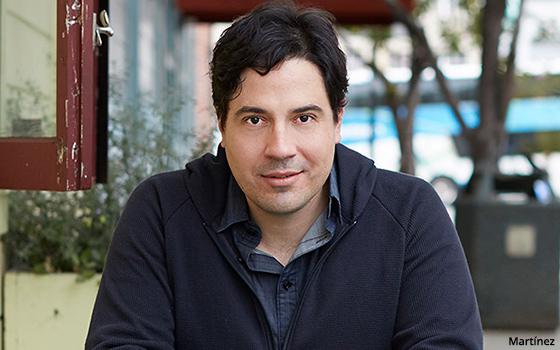 Former Apple engineer Antonio García Martínez, fired following an employee protest over past comments he made in a book, might have a race discrimination claim against the Cupertino, California company, according to one employment attorney.

Martínez tweeted that Apple had actively recruited him for a role on the ads team, going as far as reaching him through his former employer, Facebook, via a previous colleague to convince him to join.

“Apple found my experience in the ads space, specifically around data and privacy, highly relevant to their efforts and persuaded me to leave my then role,” he tweeted on Friday.

He tweeted that Apple was well aware of his writings before he was hired, and references were questioned extensively about his bestselling book and his professional persona rather than his literary one.

“Employees at private companies have never been protected by the First Amendment and they can get fired for expressing their views,” said Robert Ottinger, an employment attorney at Los Angeles-based The Ottinger Firm. “What’s new is cancel culture and power of social media.  Now companies have to worry about their image being damaged by online campaigns.”

Apple hired Martínez in April as an engineer for its advertising platforms team that powers advertisements in the App Store, Apple News and the Stocks apps.

Complaints from several Apple employees surfaced last week on social media about the hiring of Martínez, citing comments he made in his 2016 memoir, “Chaos Monkeys,” which they said were misogynistic and racist.

In one screenshot circulating about the book, Martínez called women in Silicon Valley “soft and weak,” and made other assertions.

Despite his past, Martinez may have a case to sue Apple, Ottinger said. “He may have a race discrimination claim against Apple,” he said. “He can claim that Apple applies its policies in a discriminatory manner because Dr. Dre was not fired for his far more provocative comments about women and Mr. Martinez was fired for making comparatively mild comments about women.”

Ottinger is referring to a tweet by Ashton Cohen in which he wrote “Interesting b/c Dr Dre was given nearly $1 bil. & senior role at Apple. A great Dre song has lyrics describing going to a party with 'top notch hoes'." The tweet goes on to say: "He explains 'Every bitch in here need to be touchin somethin.' But that’s ok."

It's no longer about leaving one's personal life at the corporate door. Cancel culture changed that. Ottinger said Martinez can argue that Apple has a double standard and allows people of color to express controversial views without consequence and therefore discriminates against its employees by treating them differently based on their race.

A letter from Apple employees to Eddy Cue, Apple senior vice president of Internet Software and Services, including advertising, wanted to know how Martinez’s views could be “missed or ignored,” along with a plan to prevent this from happening again.