The new guidelines for impressions-based measurement are based on consumers having an “opportunity-to-see” out-of-home ads, which comes after the U.S. out-of-home ad industry’s de facto currency -- GeoPath’s ratings -- have elevated the industry standard to a “likelihood-to-see” ads.

While it called for a shift back to “opportunity” as the ad industry’s “primary metric,” the OAAA said it is not “entirely” walking away from enhancing out-of-home ad measurement in the future.

“Likelihood-to-see, a metric which takes into account real-time dynamics or variables that impact audience composition and behavior in proximity to the ad, will now be treated as a supplemental metric,” it said.

It wasn’t clear why the OAAA is regressing the industry standard, when GeoPath, an out-of-home audience measurement service that has operated in the U.S. since 1933 (formerly known as the Traffic Audit Bureau) had already elevated it, or as other ratings authorities such as the Media Rating Council, the Advertising Research Foundation, have been pushing to make audience measurement services better, but it appears that it was made for pragmatic reasons.

“As we emerge from a global pandemic, advertisers have new opportunities to reach the connected consumer in a mobile first, data driven, and digital led advertising ecosystem,” the OAAA states in its announcement, adding that opportunity-to-see “more closely aligns with the same metric used by all other measured media combining predictive audience models with a clear measure of observed audience exposures at OOH displays across all formats.”

The association implied that the move would create more of a common denominator enabling out-of-home audience data “inputs” to work alongside other media in the ad industry’s various marketing mix and attribution models.

OAAA President-CEO Anna Bager said in a statement: “Our objective in setting a new minimum standard for measurement is to support even greater transparency to audience measurement that is timely, consistent and comparable with other channels.” 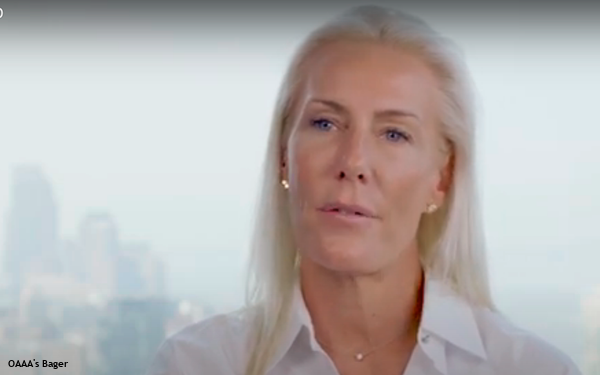