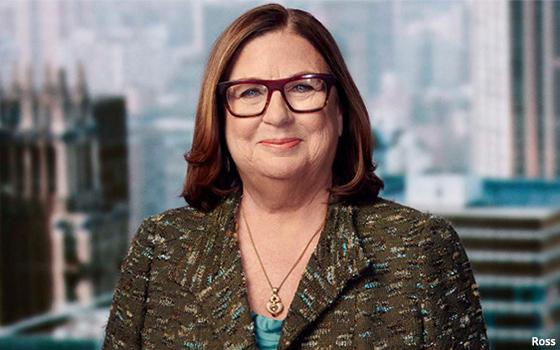 This time a year ago, there was major upheaval in the linear TV advertising market due to the COVID-19 pandemic -- with lots of unknowns. Now in 2021, the forthcoming upfront TV market seems more familiar -- even as the business shifts to new streaming platforms.

“Going into the marketplace, the demand is up versus a year ago, and supply is down versus a year ago,” Jo Ann Ross, president and chief advertising revenue officer, ViacomCBS Domestic Advertising Sales, tells Television News Daily. “So, you do the math.”

But there is a positive solution -- at least from the TV network perspective.

For ViacomCBS, this means its revamped Paramount+ -- as well as Pluto, its free, ad-supported platform, with 50 million global monthly active users -- moves deeper into the space. To that end, ViacomCBS says it has seen 62% year-over-year growth in streaming advertising revenue.

How much will move this year to premium streaming via this upfront market?

Executives worry about shifting major dollars to premium video platforms -- in some cases 20% to 30% of advertisers' regular live, linear TV budgets -- to network-owned streaming platforms. Ross says this comes down to a discussion.

“Are we as an industry saying you have to move 30%? No. We are working with our clients asking: ‘Where do you see places where you could reallocate dollars? How can we help you keep your base linear dollars so you don’t lose your base pricing?”

She adds: “Linear is still important. Nobody is running from linear. [Advertisers] are just doing 'makes sense' reallocation in a year where we saw linear TV ratings declining more than we have before.”

Those calculations have media executives saying the obvious: That pricing will be higher, perhaps more so -- at least mid-double-digit percentage cost-per-thousand (CPM) price gains versus a year ago.

With one full year as ViacomCBS, Ross says the company is going to the marketplace as a “unified” sales force -- with a massive footprint. ViacomCBS says it is No. 1 in total reach. “We are reaching very diverse audiences, and through all genres,” she says.

ViacomCBS’ Vantage unit continues to make advanced data-targeting ad deals. The company touts that it has the largest addressable TV footprint, with some 40 million homes.

As it did a year ago, in the digital media space, it will offer “content bundles” that will mirror programming, impressions and/or dayparts advertisers have traditionally bought on linear and cable TV network “to add to that reach.”