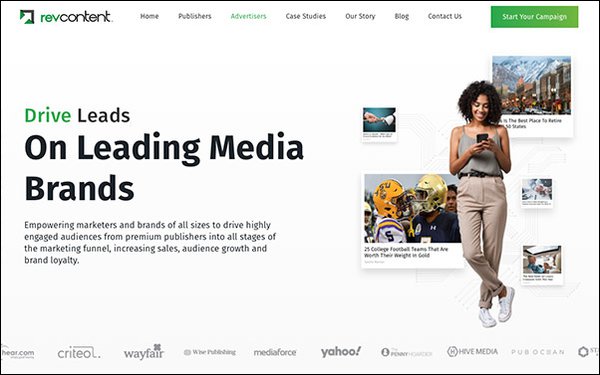 Revcontent, an ad-technology content-recommendation engine, has sold its assets to Star Mountain Capital and Capital Dynamics, the companies said Wednesday. Terms of the deal were not disclosed.

Revcontent founder John Lemp retains an investment in the single digits, but he has not been actively involved in the day-to-day business since the end of 2018, said Richard Marques, Revcontent CEO.

“John, our founder, put this whole company on his back to get us where we are today,” Marques said. “We needed to level up and find capital partners to help us grow, rather than take an equity investment.”

New ownership will allow the company to expand internationally, invest in building out its products, and explore acquisitions, Marques said.

Marques and team remain with the company.

“It’s business as usual in the short term,” he said. “We will be looking at building out more technology, and bringing in research and development talent to expand. There’s a lot of opportunity in the video space -- OTT and CTV, as well as cookie deprecation. We live on publisher sites, so we’re often thought of as a first-party monetization platform.”

Content recommendation continues to improve, in part, because few readers want to pay for content. The company’s advertising widgets runs on sites such as CBS, Salon, and USA Today Sports, among others.

“We think they have done a terrific job and can see a lot of growth,” he said, adding that the firm continues to be bullish on Revcontent and the ad ecosystem. “We like the team and strategy. We have made about eight or 10 other similar investments in the past 15 years.”

Revcontent originally spun-out of Clickbooth in 2013. The company called it a monetization widget. Lemp bootstrapped the company. It now competes against Taboola and Outbrain.

In 2019, the two biggest competitors, Taboola and Outbrain, announced a plan to merge. Months later the deal fell apart.

Revcontent, which has about 80 employees, now claims to produce between 20% and 30% higher revenue for publishers versus competitors.