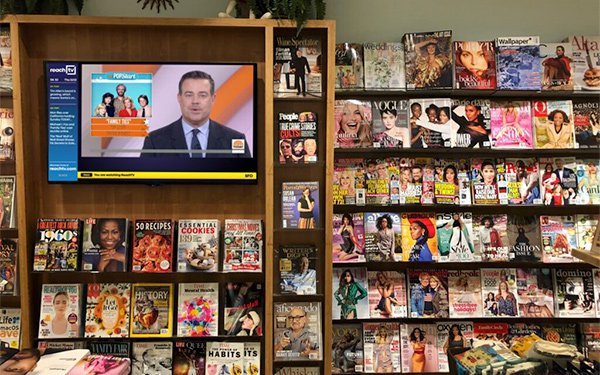 With worldwide travel projected to ramp up as the COVID-19 pandemic recedes, NBCUniversal has signed a new expanded deal with airport-based video service ReachTV, which reaches more than 90 airports in the U.S., Canada, and the U.K.

Currently, ReachTV says, airports report 75% of their traffic levels of 2019, with traffic higher than 2020 levels. More than 1.9 million people were traveling on the recent Memorial Day weekend.

ReachTV platform screens are in airport concourses, lounges, bars and restaurants, retail hubs, newsstands, airport gates and over 1 million hotel rooms. The company says it is connected to more than 1 billion travelers, who spend more than $1 billion on food, beverage, and retail a month at airports.

NBCU and ReachTV are building on a deal that started in 2019.

Over the last 30 days, travelers spent more than 87 minutes in the airport and over 58 minutes watching ReachTV, according to a study conducted for the company.

The two companies say they will work together with regard to marketing and media-agency negotiations.