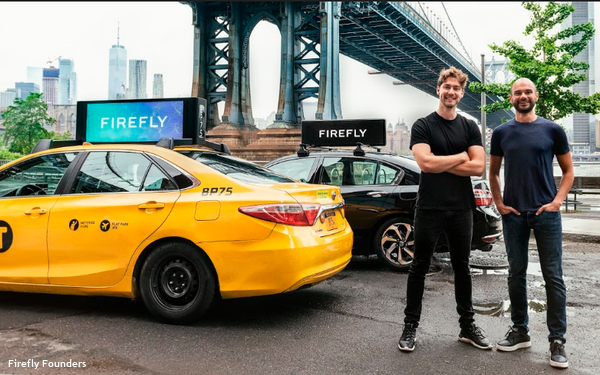 Curb Taxi is one of the nation’s largest taxi advertising platforms and will add more than 10,000 new top-of-car screens to Firefly’s network and expand its presence in cities including New York, Los Angeles, Boston, and Philadelphia, among others.

The deal comes as demand for taxi and ridesharing is on the rise as country re-opens after 15 months of pandemic lockdown.

Firefly and Curb Mobility also said they would continue to work together on new and ongoing projects, including TaxiTV — which they say is the largest in-ride video network in the US. It remains a part of Curb Mobility.