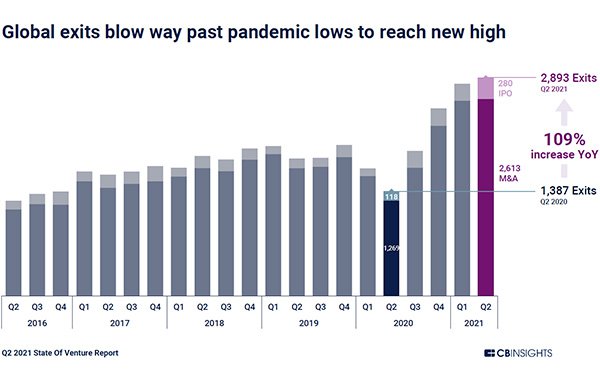 Aurora, the driverless vehicle startup backed by Amazon and Uber, announced plans to go public on Thursday at an $11 billion valuation through a special purpose acquisition company (SPAC) merger.

The company founded in 2017 by the former head of Google’s autonomous vehicle program, will give it about $2 billion in new cash when it closes.

There are many other IPOs to consider.

One of the more positive aspects about all these IPOs: Marketers learn more about the financial stability of companies they might want to work with.

Outbrain, a company that works with websites to add "Recommended For You" sponsored content links, set the terms and official launched its initial public offering (IPO) on Nasdaq this week. It will issue 8 million shares at between $24 per share and $26 per share with the goal to raise up to $208 million. The stock will trade under the ticker symbol "OB."

In its S-1, Outbrain execs wrote they expect to have about 53.4 million shares outstanding after the IPO, which will value the company between $1.3 billion and $1.4 billion on a non-diluted basis, depending where the IPO prices land.

Outbrain, which had agreed to a merger with Taboola in 2019 that fell apart, reported its platform enables more than 7,000 online properties to engage their users and monetize visits by gathering more than 1 billion data events each minute.

Taboola agreed in January to go public by merging with a special purpose acquisition company (SPAC) and began public trading on June 30.