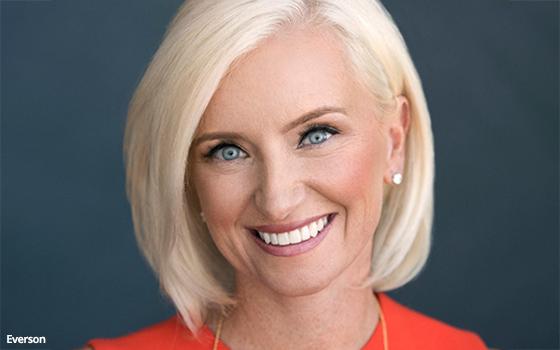 The appointment increases women's leadership roles in the executive branch to 55% at the online grocery delivery service, and also puts two women who held pivotal positions at Facebook, each for more than 10 years, in the top two roles — CEO and president — at Instacart as the company waits to go through an initial public offering. The company revealed in June 2020 it would file for an IPO.

Everson, who is Facebook’s former global ad chief, departed the company in June, where she had a pivotal role building and growing the company’s digital advertising platform — the second-largest in the world behind Google.

At Facebook, Everson became the social network's liaison to some of the biggest marketers during controversial times such as the 2020 boycott, and led the company’s relationships with agencies.

Instacart CEO Fidji Simo believes Everson’s experience and authenticity will become a key growth driver as the company prepares for its next chapter. She said it is about “unlocking more inspiration, personalization and accessibility for consumers around the world.”

About 80% of Instacart’s customers are female, and about 70% of the shoppers are female. The company supports about 600 retail partners and thousands of advertisers helping to power the marketplace.

Everson reports directly to Simo. She succeeds Instacart’s current president, Nilam Ganenthiran, who has been appointed to a new senior leadership position — Strategic Advisor to the CEO.

She is on the Board of Creative Artists Agency, as well as the Humane Society of the U.S., the Mobile Marketing Association, and the Advertising Women of New York Foundation. She is also a member of the Villanova University Board of Trustees.