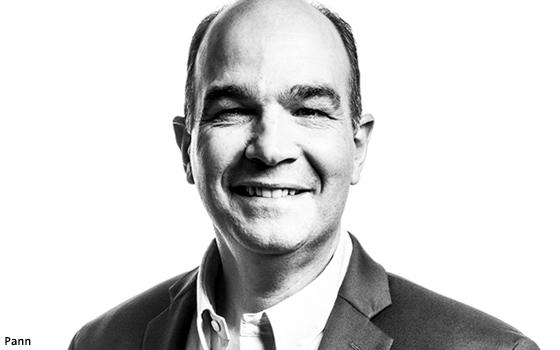 Data connectivity platform LiveRamp reported second-quarter earnings on Thursday one day after announcing that the vice president of Microsoft Advertising would join the company as chief product officer (CPO).

“Our CTV business grew roughly 80%, and CTV bookings remain strong,” said Scott Howe, LiveRamp CEO, during the earnings call. “Data-driven advertising in CTV” creates an opportunity for LiveRamp, along with search and other media.

Pann, who reports directly to Howe, will oversee product design and long-term strategy for LiveRamp’s portfolio of products, and play a leading role in the company’s global expansion and new verticals beyond advertising and marketing. He will step into the role in September. His LinkedIn page still describes him as vice president of Microsoft Advertising.

Microsoft and LiveRamp have been partners for years. In fact, Microsoft became one of the first major publishing partners to adopt the LiveRamp cookieless solution.

Howe served as corporate vice president of advertising and publisher solutions at Microsoft between July 2007 and May 2010. Pann began working at Microsoft in May 2010 as GM of search advertising. They might not have known each other at the time, but likely now have some mutual friends.

In June 2021, Anneka Gupta, president and head of products and platforms at LiveRamp, left the company “to pursue another senior leadership opportunity within the technology sector.” Her departure took effect on July 1. At that time, LiveRamp began looking for someone to fill her position.

“When you want to grow up, you look for someone with more experience at a company like Microsoft to review processes and protocols,” said one source. “From what I’ve seen, Pann looks at LiveRamp’s business as very appealing, especially with everything going on around cookie deprecation.”

Microsoft introduced a proposal to the World Wide Web Consortium in April to assist the advertising industry with privacy controls. It’s called Parakeet. No doubt Pann had his hand in the project. The company also announced a Bing API for private search.

LiveRamp is looking to grow up and bring in more seasoned and senior talent to support its products for customers, said the source, who had knowledge.

Pann, who also spend time as vice president and general manager of North American Search Advertising Marketplace at Yahoo, has always been “customer obsessed.” During a Bing Ads Next event in 2019, Pann told attendees that Microsoft will continue to build algorithms into Bing Ads that understand advertising objects and then make recommendations to carry out a successful campaign.

“We’ve been customer obsessed,” Pann said, speaking about investments in technology and partnerships to support advertisers.

As it turns out, Pann took that obsession to LiveRamp.