An 'MRC' For Disinformation

If the past half dozen years have been a “Golden Age” for the spread of media disinformation, the past couple have become a “gold rush” for data and technology companies hoping to solve the problem.

Among them are new suppliers of data explicitly helping advertisers avoid spending their hard-earned ad dollars on sites publishing fake news and disinformation -- especially the kind proven to hurt people and society, like bogus information about the COVID-19 pandemic, vaccines, etc.

Obviously, disinformation can be in the eye of the beholder, but the problem is that the media marketplace has grown so diverse and fragmented, and the authenticity of some publishers so opaque that it is often hard (if not impossible) for individuals to make that assessment. Enter some ingenious entrepreneurs who are organizing and scraping data -- as well as expert opinion -- to help them do the job.

By now, most readers of "Red, White & Blog" are familiar with NewsGuard, which has already been embraced by big agencies/holding companies, including IPG Mediabrands, Omnicom and Publicis, as well as some of the ad industry’s trading systems and research suppliers.

In just the past 24 hours, I have learned of a couple of new initiatives, including FactSparrow, as well as an expansion of contextual advertising data provider Peer39’s data “marketplace” to include new suppliers of data enabling advertisers and agencies to avoid publishers of disinformation.

Peer39 has already incorporated NewsGuard into the marketplace, which enables any media buyers using its platform to filter publishers based on NewsGuard’s ratings.

Today, it is adding eight new third-party sources of contextual data, including at least one other -- not-for-profit Global Disinformation Index (GDI) -- that explicitly targets fake news and disinformation content publishing. (Other suppliers being added to the marketplace target other “brand safety” issues, including piracy, viewability, fraud, etc.)

FactSparrow, which describes itself as a “factual content-delivery service and community built for the misinformation era,” meanwhile has announced it has added three new sources of data to its platform: COVID-101, EconoFact, and USAFacts, which are being added to its roster of publisher, including The Associated Press and The Nevada Independent.

On the eve of today’s announcements, I had an opportunity to speak with Peer39 CEO Mario Diez, who told me the move is consistent with Peer39’s long-term goal of enabling marketers to access any contextual data that achieves their business goals, which he says recently have split in two primary new directions. What he describe as “dueling paths” of brand safety and post-cookie targeting efficacy.

While the post-cookie path is an important one, this column focuses on the intersection of marketing and politics -- and increasingly, in recent years, disinformation -- so I asked Diez to drill into that a bit on marketer demand for this type of data, how they are using it, and where he thinks it is going.

“From our side, we heard from the marketplace and marketers want data that helps make them more responsible for their media investments,” Diez explained, adding: “Brands want to take more responsibility for their media spending to make sure they’re funding credible journalism and helping tackle misinformation.”

From his point of view, Diez said Peer39 is just a neutral marketplace provider helping to fulfill that demand, so I asked him what the company would do if there was a new source of contextual data serving marketers and publishers leaning into, how shall I put this, “alternative facts?”

“Obviously, we operate a marketplace that is driven by the demands of advertisers, and right now, we aren’t seeing any who are looking for ‘alternative facts’ type of data. But if we did, I would have to evaluate that demand, but my gut would be that we would not supply it.”

On that note, I asked Diez if there might be some need for an independent industry authority -- something like the Media Rating Council (MRC), or maybe the MRC itself -- to play a role in vetting and accrediting the veracity of sources that data marketers use to ascertain the veracity of the content they advertise in.

“Honestly, I think that’s a little early to say,” Diez responded, adding however, that if industry standards organize around misinformation the way it has for other issues like “viewability,” fraud, and other brand safety issues, “there might be a need for a third-party auditing service like the MRC to play a role in that.” 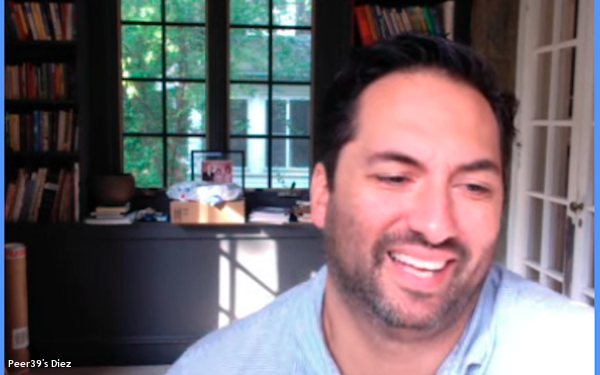