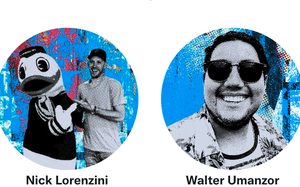 Twitter this week updated the ad community on a wide variety of advertising product updates aimed at boosting video, cultural relevance and performance during the 2021 holiday shopping season.

During a webinar Tuesday, account managers Nick Lorenzini and Walter Umanzor presented suggestions to help marketers reach fourth-quarter goals with Twitter Ads, describing the platform as “the best place to introduce something new.”

Here are some highlights.

Twitter reported that it had partnered with Bain & Company to conduct a study that showed only 15% of brands meet their launch KPIs. Brands involved in the study were 2.3 times more likely to launch on Twitter. The study was done in 2019.

Another study showed that brands that used Twitter's Launch campaign (compared to those that did not) saw 1.8 times faster growth in talking about a brand, with 2 times more people talking about that brand.

Lorenzini referred to Twitter as the “real-time conversational layer of the internet” -- the place users go during a big event such as the Met Gala or a national sporting event.

These stats should invite brands to join in on culturally relevant conversations surrounding trends, events, and occasions, Lorenzini suggested.

Taking the position as the most culturally relevant platform, Twitter conducted a study with Kantar in 2019 that shows a 73% correlation between a brand's cultural relevance and its revenue.

Another study shows that cultural relevance makes up 23% of a consumer's purchasing decision, with 29% brand reputation and rating and 48% price and quality.

Amping up campaigns with video

With a 34% YoY increase in video watch time on the platform, there are 3.5 billion video views on Twitter every day.

Amplify pre-rolls allow advertisers and brands to include their video ads before Twitter's “brand-safe content partners.” “In other words, your video ad would play before popular videos that big brands post aligning your brand with their audience,” Umanzor said.

Another campaign option, Amplify Sponsorship, pairs brands with one of Twitter’s selected partners. This promises more control over where and how you align with your target audience.

The holiday season: Twitter as a place to 'celebrate and participate'

In 2020, there were 84 million tweets about the holiday season. Forty percent of Twitter users indicated that Twitter has influenced their gifting choices.

With the holidays making up a large part of the fourth quarter, Twitter is eager to suggest ways that brands can amplify their products on the platform.

This involves driving growth by engaging with customers about their gifts while amplifying positive reviews.