More Than Half The Ad Industry Has No Plans To Develop Data Ethics Policies, Clients Ahead Of Agencies 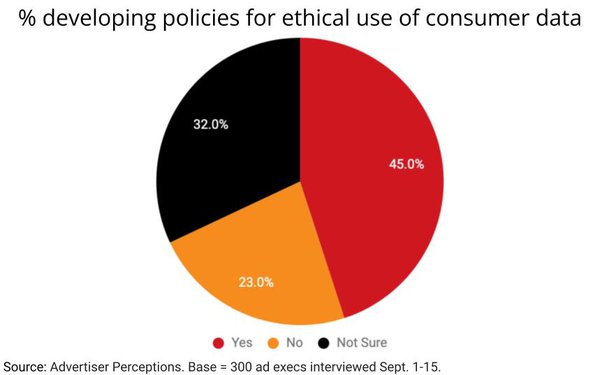 When WPP's GroupM unveiled a new data ethics tool earlier this year, it raised questions about what others were doing to create tools, guidelines and policies governing the ethical use of consumer data.

To find out, MediaPost teamed with Advertiser Perceptions to field a survey of advertisers and ad agency executives.

The study, conducted in early September, found that less than half currently have or are planning to develop such policies -- even though the potential for liabilities continues to grow.

Interestingly, ad agency executives were far more uncertain than their advertiser counterparts: 37% of agency execs said they were unsure, while only 23% of advertisers said so.

Also, more than half of clients said they currently have or are in the process of developing policies for the ethical use of consumer data, while only 42% of agencies said so. 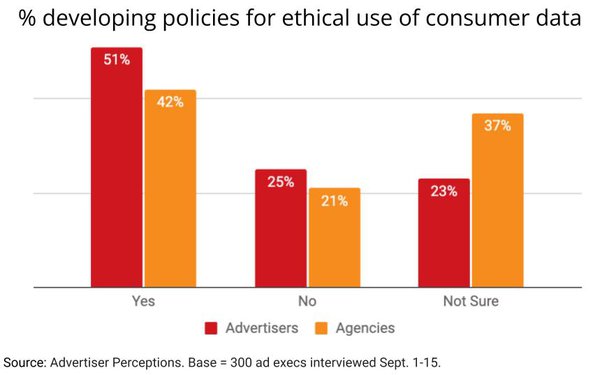 advertising, agency, corporate ethics, data, data management, digital, research
7 comments about "More Than Half The Ad Industry Has No Plans To Develop Data Ethics Policies, Clients Ahead Of Agencies".
Check to receive email when comments are posted.
Read more comments >
Next story loading