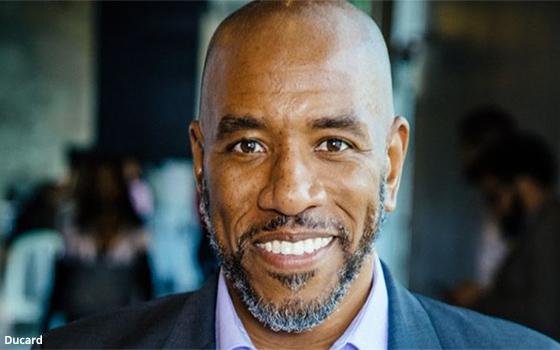 “I am incredibly excited and honored to be joining the Pinterest team,” Ducard stated. “The amazing work that the team has done in building an inspiring experience for nearly half a billion users and creators around the world was so compelling to me.”

Some of the development funds he worked on includes the $100 million kids and family content fund, the $100 million YouTube Black Voices Fund, and the $20 million learning fund, according to Variety.

Pinterest last week announced the redesign of its content feed that users see on its mobile app, as it seeks to highlight content from influencers and encourage interaction with brands.

The Browse tab keeps the platform’s layout of multiple posts, while the new Watch tab presents a scroll of full-screen Idea Pins, posts made up of multiple video clips and images created by influencers.

Ducard will oversee this change in vision at Pinterest, supported by his time at Paramount Pictures as senior vice president of digital distribution for the Americas, and vice president of home entertainment acquisitions and business development at Lionsgate Entertainment. He also spent five years at Metro-Goldwyn-Mayer in a variety of positions.

Coming full circle back to advertising and content, Ducard began his career out of Columbia University in 1995 as an account executive in New York at Young & Rubicam, and moved to Goldman Sachs in 1999.