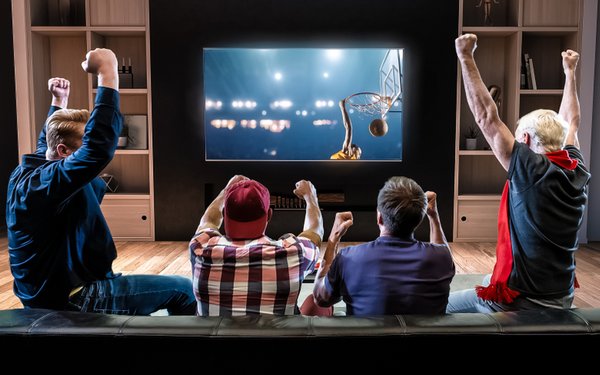 A new survey from Altman Solon, with analysis from MoffettNathanson Research, says there were 58 million sports TV viewing households in the third quarter of this year -- up 2.6 million from the third quarter 2019.

“We believe the Olympics, the advent of legalized sports gambling and the pent-up demand for live sporting entertainment coming out of the Covid pandemic are driving the increase in sports viewership since 2019,” MoffettNathanson analysts wrote.

In addition, new premium streaming platforms that air sports -- such as NBC’s NFL “Sunday Night Football” on Peacock, or CBS Sunday afternoon games on Paramount+ -- are not taking sports viewers away from the pay TV packages.

“The number of sports fans outside the linear ecosystem is rising, suggesting that sports on DTC [direct-to-consumer] services are driving incremental reach and viewership for the leagues.”

The survey estimates there are 13.6 million non-pay TV homes, which has grown 7.1 million since the third quarter 2019.

“We expect the leagues and media owners to become more aggressive in bringing sports to DTC platforms to broaden their reach beyond the pay TV base.”

Total non-pay TV homes --- those that use broadband, premium streamers, and other digital video services -- rose 12.7 million homes to 39 million.

It projects there will be continued traditional pay TV erosion of 4% to 5% for the next several years, dropping to 73 million by 2024.