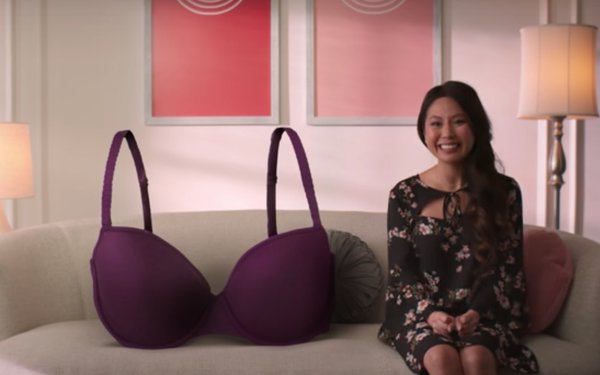 Image above from a humorous ThirdLove ad.

Last year proved that it's hard to be a D2C brand.

Regardless of category, the struggle in the public markets comes down to the same arithmetic challenge, one faced by all D2C companies, no matter their size: It just costs more and more to win new customers.

Consumers have grown a little weary of the thousands of D2C come-ons out there. The "disruptive" models, such as subscriptions, often seem gimmicky. And in a year when almost all brands continue to up their ecommerce game, that "digitally native" distinction has meant much less than it once did.

So it's not so surprising that the list of most-read D2C FYI stories includes those that offer insight into how some of the best-known names are changing their strategies.

Our most-read story, “D2C Brands Rev Up Ad Spending, Especially On TV,” documents significant shifts in media thinking, as many direct brands decide their best play is to act like any other brand.

Similarly, two of the top 10 stories -- “Money-Losing Allbirds Plans To Win With Stores” (no. 2) and "Why Glossier Is Opening More Stores" (no. 7) -- detail D2Cs’ increased push towards physical retail stores. As people crave more engagement, digital-only channels are inherently limited, and everyone is looking for sharper omnichannel strategies.

Finally, the clicks and shares from our gentle readers prove they continue to believe laughter is the weapon "regular" brands can't access the same way as D2C upstarts.

Consumers expect these brands to communicate in ways that other brands -- ostensibly limited by old-school thinking -- can't quite match. Among your favorites? Q&As with the executives behind funny lingerie ads, with "ThirdLove's Full-Frontal Funny: 'Your Boobs Deserve Better'" (no. 6) and "Remember Getting Dressed? Shapermint Does"(no. 8) the big winners.

Readers also enjoyed the 4th-ranked “BarkBox Gives Up On Domino's But Gets Last Laugh,” which tells the story of how one big brand's snootiness can be another's punchline.

Other stories in the top-10 most read include agile brands, like “Bombas Gets Into The Undies Biz” (no. 2), “In Tough Times For Luggage, Away Reveals New Brand Strategy” (no. 9) and “With Billie Acquisition, Edgewell Locks In D2C Leadership” (no. 10).

And some focus on agile people, like the inimitable Simone Biles, who chose the Gap-owned Athleta over a marketing megastar, in “Biles Jilts Nike, Jumps To Athleta” (no. 5).