2021 Holding Company of the Year: GroupM 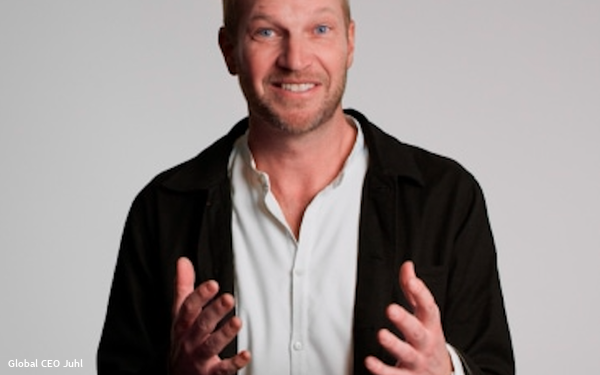 Like the year before it, 2021 was a year of multiple transformations for society at large, and for the advertising, marketing and media industries within it.

It also accelerated a trend that has been manifesting for years, but which gained real traction in the past year, because of the multiple crises the industry has had to grapple with — including a global pandemic, the “Great Resignation,” media toxicity, social justice, and our ability to sustain human life on planet Earth.

But if 2020 was the year in which Madison Avenue discovered and embraced empathy, compassion and a hunger to “do the right thing,” 2021 was the year it began doing it in earnest — looking beyond its own and its client’s organizations to understand and change how the ad biz works in a way that will benefit all of us.

Or as a GroupM spokesperson described it after we named the WPP unit our media holding company of the year: “We got serious about aligning our business with our mission to define a new era of media where advertising works better for people.”

To be sure, it was a close race, because most of the majors — as well as some sizable and mid-size independents — embraced similar change.

And if we bestowed an “Industry of the Year Award,” we would give it to the ad biz overall, but that would be redundant, right?

Instead, the highest order we acknowledge is at the holding company level, and while its peers also rose to the occasion, it felt to the editors of MediaPost that GroupM more than others had both a mission and a plan for executing it, and took some very material steps in that direction.

Since the roots of GroupM are fundamentally as a “media investment” organization, it not surprisingly framed the overall mission around a project code-named the “Responsible Investment Framework” that looked not just at the direct return on the media buys it places to drive its clients’ businesses, but on a much bigger ROI.

The GroupM framework is built on five key pillars, including “safety” (for both consumers and brands, “data ethics” (including the ethical application of data, algorithmic processing and artificial intelligence to advertising), “diversity and inclusion,” “responsible journalism” (including the overall health of the media ecosystem), and “sustainability” (including how GroupM agencies and clients impact the planet).

While other holding companies have committed to similar missions, GroupM approached it in an organized and tangible way that sets a bar for the industry overall, hitting all three of our annual awards main criteria: vision, innovation and industry leadership.

In fact, GroupM hit the ground running in 2021 and didn’t stop innovating and leading, beginning with the launch of its “Data Ethics Compass” in February.

The compass, which functions more like an operating system for GroupM agencies and client teams to assess, understand the implications, and if necessary, course correct and even scrap what it deems to be unethical uses of consumer data.

Engineered by a team led by GroupM data strategist Krystal Olivieri (who was named GroupM Chief Innovation Officer shortly after its launch), the compass offers a simple, binary yes/no decision-making process for GroupMers to work through whether a specific data application even raises a red flag and then how to vet its application if and when it does.

The compass is rules-based, but isn’t a rigid set of rules, but is designed to be nimble, adaptive, and human-based decision-making. It is the perfect response not just to the potential regulatory and legal risks and liabilities associated with applying consumer data to marketing, but is a perfect Madison Avenue answer to critics of “Surveillance Capitalism.”

Importantly, the compass isn’t just a feel-good system for doing the right thing, but also enables GroupM’s people to do things right.

Among other things, it acknowledges that there are times when acquiring and storing data isn’t just unnecessary, but is a drain on manpower and system resources.

GroupM’s framework took on even more life in April with the unveiling of its “Media Decarbonization Program,” which included a WPP commitment to neutralize its own operational carbon footprint by 2025, and its entire supply chain by 2030.

As part of it, GroupM vowed to become the first media holding company to commit to complete media decarbonization within the next eight years.

Like other agency advertising and media decarbonization initiatives, the program includes development of proprietary carbon calculators enabling planners, buyers, strategists and others to understand what the explicit carbon footprint of their campaigns actually are, and how best to offset them.

Part of GroupM’s mission for 2022 is to embed these calculators directly with its media partners and to provide them with incentives for embracing them. It takes the concept of “brand safety” filters routinely utilized by agencies and their media partners, and applies them to make the world a safer place by reducing the direct carbon footprint of advertising and media.

In May, GroupM expanded its framework to tackle diversity, equity and inclusion, launching its “Media Inclusion Initiative,” a multi-pronged approach by GroupM to support diversity and inclusion in media, including explicitly boosting investment in Black-owned media properties and supporting the development of diverse content creators. Importantly, GroupM put its clients’ money where its mouth is, securing commitments from them to invest at least 2% of their ad budgets in incremental spending on Black-owned media properties.

“I love our clients who are likewise managing their own challenges,” said GroupM Global CEO Christian Juhl, when asked what he is most proud of accomplishing over the past year. “They represent some amazing brands and they have stuck with us.”

Not surprisingly, Juhl is also most proud of his worldwide team, which responded during the COVID-19 pandemic by adapting to new ways of working and servicing their clients’ businesses.

“And that’s up to and including today, what with the Omicron variant and being forced to work from home yet again,” Juhl noted at year-end 2021, adding: “There’s a lot of uncertainty. With that comes new business.”