Amid Russia-Ukraine Crisis, Execs Speak Out On Impact To Ad Industry 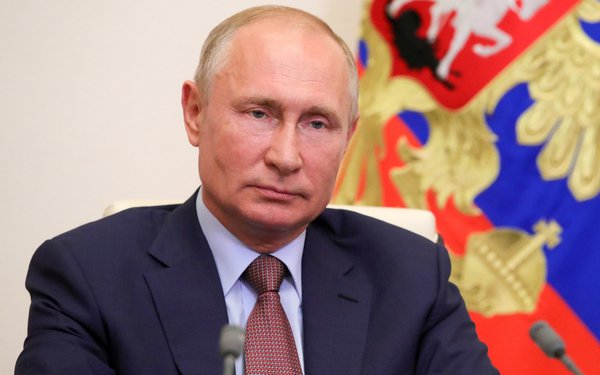 Jeroen Wijering, creator and co-founder of JW Player, which initially powered YouTube, doesn’t have business with companies in Russia or Ukraine, but he said the war between Russia and Ukraine will impact everyone and every business.

The world is connected through a global economy and the Internet.

“We have Russian employees, and work closely with partners who have their whole development team in Kyiv or in other parts of the Ukraine,” Wijering said. “There’s quite a bit of anxiety. In terms of how this impacts the internet, I don’t think we will shut down Russia that way.”

Cyberattacks have become more common, apart from this conflict, he said. What was once a hypothetical scenario is now happening. “We have customers who do business in Russia, Ukraine, and Turkey. So, you need to prepare for those attacks,” Wijering said.

The technology behind JW Player serves ads -- about 200 million monthly -- but does not sell the ads.

Larry Kim, founder of MobileMonkey, in an email asked advertisers and clients -- those on his mailing list -- to boycott Russian goods and services to help “destroy the Ruble and thereby exert pressure to change course, or bring about economic collapse of this rogue state.”

MobileMonkey has four employees still in Ukraine, who are facing an uncertain future. A fifth employee left several days ago, escaping to Turkey.

Kim told Search & Performance Marketing Daily that MobileMonkey has a “small number of clients in Russia” that the company will terminate during the next few days.

“We’re trying to make sure our people and their families in Ukraine are as safe as possible,” Sorrell said. “We have been in constant communications with all our Monks today across the world," Sorrell said, in reference to Media.Monks employees. He added: "We are all obviously very concerned about our colleagues and all in the Ukraine.”

Sorrell said it looks like the conflict will affect European Union GDP, as well as Russian and Ukrainian operations.

When asked about his personal views on the future and outcome, Sorrell said it’s too difficult to predict. He added that it's still unclear whether the objective is an occupation or regime change, and whether there will be other incursions in other countries, such as China taking over Taiwan.

One thing is certain -- Sorrell believes there will be geographic shifts in media buying.

Agencies are rethinking the words they use when running ads. One agency representative said words like "revolution" and "war" are being phased out for branded content in favor of more general words like “uncertainty” and “volatility.”

There are also concerns with social in-stream ads and other areas where misinformation can appear.

Direction is being given to social teams to check in with account leads and clients to determine whether they want to remain live or pause campaigns for now. Some publisher clients have stopped campaigns from serving up alongside any coverage of the war.

As the Russia-Ukraine conflict intensifies, Google and major brands have fueled publisher sites that display Kremlin propaganda, according to media outlet Insider.

TASS and Sputnik published false information to promote the Kremlin, according to NewsGuard, a company that identifies misinformation for advertisers. One recent claim is that Nazi groups have taken control of Ukrainian President Volodymyr Zelensky.

Google stopped allowing RT.com to use its advertising tools in 2021 after continuous policy violations, a person with direct knowledge of the situation told Insider.

It appears that Google has -- and may continue to have -- Russian-based publishers running AdSense, according to Kevin Lee, executive chairman at Didit. A search on SimilarWeb shows the following sites have had AdSense ads running as of a couple of months ago. One includes ok.ru at 10,423,316.37 monthly visits, mail.ru at 6,697,422.98 monthly visits, and lenta.ru at 2,531,579.54 monthly visits.

“My understanding is that the embargo of Russia would preclude payments to Russian-held companies,” Lee wrote in an email to Search & Performance Marketing Daily.

MediaPost reached out to Yandex, a search engine based in Russia, and reached out to Google to ask for a comment on the funding, and whether the company plans to participate in sanctions by cutting off advertising dollars from being spent on internet properties in Russia. Yandex and Google did not respond by the time of publication.