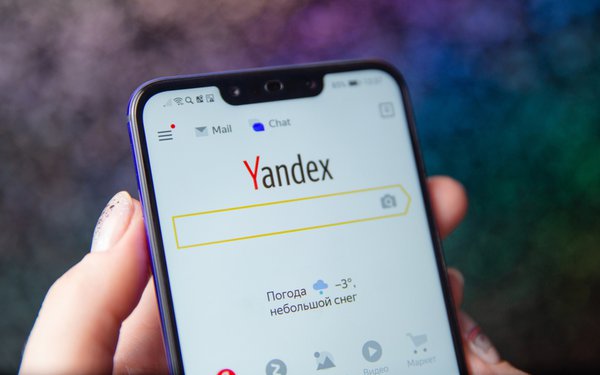 Yandex began to alert Russian users of unreliable information on the war in Ukraine on its search engine, after Moscow warned Russian media to be careful what they publish.

Russian authorities on Thursday threatened to block media reports that contain what Moscow described as "false information" regarding the war in Ukraine, reported Reuters.

Yandex told Reuters that a banner message is automatically appearing with search queries for which there has been an unusual spike in growth or rapid news updates.

Yandex stock crashed as much as 59% on Thursday after Russia launched an invasion of Ukraine, Insider reported. At its record high in November, Yandex was valued at $31 billion. The company is now worth slightly more than $5 billion.

Many changes are afoot in Russia. As a result of Western sanctions, customers of Sovcombank, VTB, Otkritie, Promsvyazbank and Novikombank credit institutions will no longer have the option to use Google Pay and Apple Pay services, the Bank of Russia announced today. Customers of these banks also will not be able to pay with their credit and debit cards when they are abroad.

Semrush, which offers a software-as-a-service platform used for keyword research and online ranking data, employs about 640 people based in Russia. The company, as of 2021, had 1,102 fulltime employees, consisting of 178 in the United States, 693 in Russia, 99 in the Czech Republic, 26 in Cyprus, 32 in Poland, and 74 located in other countries.

“While we don’t have employees in Ukraine, we have contractors there and our top priority at the moment is to make sure our team members from Ukraine and their families are safe,” a Semrush spokesperson wrote in an email to Search & Performance Marketing Daily, adding: “We are in close contact with them and doing everything possible to help and support them. The spokesperson said that "as the company deals with circumstances outside of its control, employees will continue to focus on the things they can control, which means delivering what customers want and need. Above all else, we are focused on delivering the software and tools that our customers rely on, while we support our team members across the globe."

Many innovative entrepreneurs born in Russia left after the the fall of the U.S.S.R. in 1991. Semrush founders Oleg Shchegolev and Dmitri Melnikov were born and raised in Russia, but immigrated to the U.S. and now work from Semrush’s Boston offices, according to Forbes. They began to develop the platform as a hobby, but soon discovered it had the potential to help marketers.

The company reportedly has thousands of paying customers, including Smileworks and Landbot.

Search & Performance Marketing Daily reached out to Google for an official comment from Sergey Brin, who was born in Moscow in 1973 when Russia was known as the U.S.S.R. Brin emigrated in 1979 from the Soviet Union to the United States, where he met Larry Page at Stanford University in 1995. The two co-founded Google in 1998.