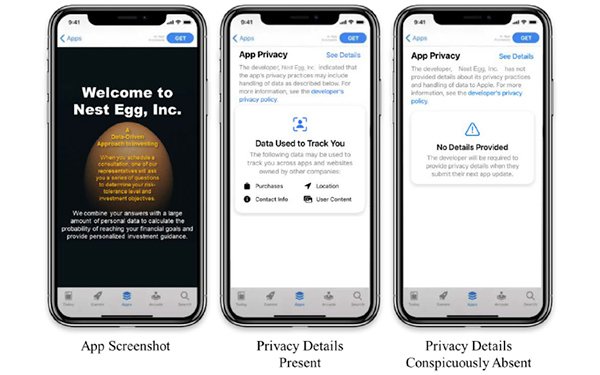 Google earlier this month announced new privacy restrictions that will cut tracking across apps on its Android devices. The company followed a similar move made by Apple last year that toppled several firms’ advertising practices, such as Meta, Facebook’s parent, which said Apple’s privacy changes will decrease the social media company’s sales this year by about $10 billion.

Research conducted by David Norton, clinical assistant professor of marketing and logistics at The Ohio State University Max M. Fisher College of Business, and his colleagues from Utah State and Harvard analyzes how consumer behavior is influenced by privacy-related information.

The paper, The Bulletproof Glass Effect: Unintended Consequences of Privacy Notices, published by the Journal of Marketing Research, examines what makes a privacy notice an effective one, how consumers respond to the information given to them, and whether the notices have any impact on consumer actions.

Norton, in an interview with the university, said while there is an expectation that when companies tell their customers how their personal data is protected, feelings of vulnerability can increase despite the protection it offers.

“We find that formal privacy notices can actually decrease consumers’ trust and their interest in making a purchase,” he said.

A straightforward message about how the company manages the data doesn’t equate to peace of mind and does not make them feel more trustworthy. Consumers have “very emotional reactions to their personal identity, and that often overrides the assurances that firms are trying to give,” he said.

The research looked at whether all privacy notices used identical language and which, if any, language seemed “scary.”

The group ran privacy policies of a variety of Fortune 500 firms through a text analysis and discovered that the policies vary quite a bit in the way the companies try to communicate that they are “worthy” of a consumer’s trust. Some firms use language that describes their competence--We’re good at what we do — while others say they act in the consumer’s best interest.

Norton pointed to benevolence cues, words and phrases added to privacy notices that demonstrate a firm is “on the same side” as consumers who come to their website. The phrase can be as simple as “We care about your privacy,” or “We are committed to treating you fairly.”

Prior research suggests that dormant privacy concerns can be triggered by mentioning privacy-related topics, according to the findings. The study includes findings from several live tests, but in one study, consumers who were prepared to think of privacy were less willing to reveal their personal information on an unsafe.

Even the best intentions can backfire. For example, companies want to be transparent, but sometimes that can have unintended consequences. For some consumers and their privacy, Norton said, it seems more important that a firm is on their side.