Meta Reintroduces The Metaverse With Its First Retail Store 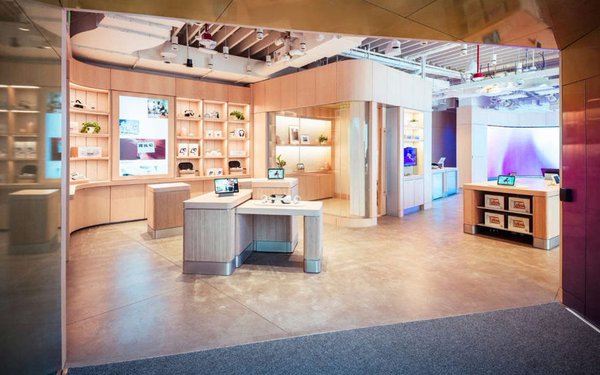 Instagram and Facebook parent company Meta announced Monday that it will be opening one brick-and-mortar store at the company's campus at 322 Airport Boulevard in Burlingame, California.

The Meta Store will open on May 9 and will provide customers with hands-on experiences with the tech giant's hardware products, such as the Quest 2 virtual reality (VR) headset, the Portal video calling device, and Ray-Ban Stories smart glasses.

The only product that won't be available for direct purchase is Ray-Ban Stories smart glasses, but interested customers will be directed by a Meta retail associate to Ray-Ban’s website.

But all products at the Meta Store, including Ray-Ban Stories, will come equipped with interactive demos, and will also be available for purchase online. Meta has added a Shop tab to meta.com.

The store will feature a designated VR space where people can try apps such as Beat Saber and Real VR Fishing, as demos are projected onto a massive, curved LED screen that allows other shoppers to watch along.

Meta says the store's primary purpose is to show the public what’s possible with its new products while simultaneously gearing them up for “the future” metaverse, and ultimately “demystifying” the concept.

“The Meta Store is going to help people make that connection to how our products can be the gateway to the metaverse in the future,” says Meta Store head Martin Gilliard in the blog post.

Meta is not the first major tech company to open a hardware-focused retail store. Google opened its own store in New York last June, and in 2020 Microsoft officially closed all its retail stores only to reopen “experience centers” in 2021, following a similar concept to the Meta Store.

Apple leads the pack with over 500 stores worldwide.

With no specified plans to add future locations, the singular Meta Store will be open Monday through Friday.

Gilliard says that the current location, being on Meta's corporate grounds, will give its employees “more opportunity to experiment and keep the customer experience core to our development…What we learn here will help define our future retail strategy.”