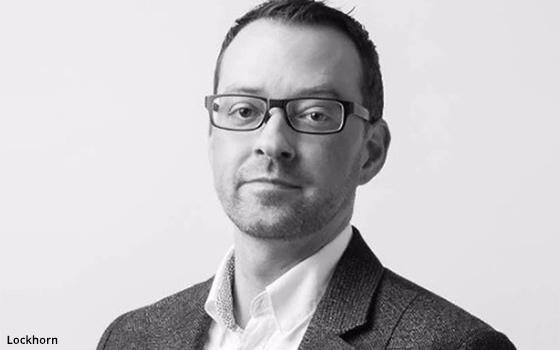 In the new position, he will lead Emodo’s global efforts in advertising product innovation, and accelerate the company’s ambitious growth objectives.

“We’ve been growing quite a lot during the past few years,” Lockhorn said. “Last year, we had 100% year-over-year growth, and we have similar growth targets this year.”

Lockhorn has 27 years of experience in the media industry. He joined Emodo in 2020 as head of partner solutions before becoming director of innovation in April 2021.

One of his most significant accomplishments at Emodo is spearheading the company’s global expansion campaigns in partnership with mobile network operators, driving more than 90% growth year-over-year (YoY).

The team launched a series of breakthrough innovation campaigns for brands including Nike, Mercedes-Benz, Citi, and more.

When asked to cite the best piece of business advice that was given to him, Lockhorn said the greatest teacher is failure -- something he hear Yoda say while watching one of the newer Star Wars movies.

“When a company is moving fast, don’t be afraid to fail,” he said. “With the infrastructure and processes in place, it’s important to learn from those failures and get on to the next thing.”

He relates to Jon Snow, a "Game of Thrones" character, for his integrity and quality of character.  Despite living in a world of chaos, he could adapt to change and plans in place to thrive in the future, Lockhorn said.

Lockhorn always wanted to work in advertising. “I took an art class in high school and had my first experience working on an old Macintosh, graphic design software,” he said. “As I started to plan my career while in college, I thought about what would enable me to make a living at the intersection of technology, art and design. It led me to advertising.”

The company has been experimenting with augmented reality (AR), but he plans to explore the metaverse. He views AR as a gateway to the metaverse, and the next life of platforms like Second Life, a very early alternative world very much like concepts that built the metaverse.

“When I was at Razorfish, I spent the first six months of my innovation role trying to talk brands out of building islands in Second Life,” he said. “It was an idea way before its time.”