Most Popular Streaming Platform For Live Sports? Not What You Might Think 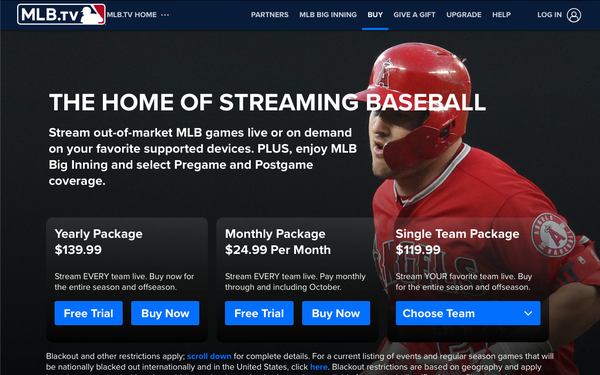 One of the most popular streaming platforms when it comes to viewing live sports is Amazon Prime, according to a recent consumer study by the Engine Group, a media and marketing services company.

Asked primarily of those who stream live sports (“Which of the following TV/streaming services do you use to watch live sports?”) 38% of respondents cited the ecommerce site giant.

“This might leave you scratching your head a bit,” according to the study’s authors. “Digging a bit deeper into Prime, users can add services such as CBS Sports, MLB.tv, NBA League Pass, WNBA, and NBA TV to their Prime accounts.”

The authors add that starting this fall, Amazon will have an exclusive deal to stream the NFL’s “Thursday Night Football.” Amazon Prime Video is also an aggregator of sorts of sports streaming content.

Still, top-of-mind streaming platforms are also in this conversation.

Four in this group are virtual pay TV providers that carry traditional TV networks -- broadcast and cable channels that air sports programming. Two are general-interest premium streaming platforms -- Peacock and Paramount, owned by parent companies that can have traditional sports linear agreements to allow for streaming.

Streaming and linear TV sports viewers have similar concerns, the study finds. For example, 26% of streamers and 20% of linear TV users have issues with picture quality and lag issues.

This research was conducted on May 2-4, 2022, among approximately 1,000 adults selected from opt-in panels that were surveyed.

Results were weighted to the U.S. Census data to be demographically representative.