What Wix Means In German, Why Localizing Messages Means More Than Translation 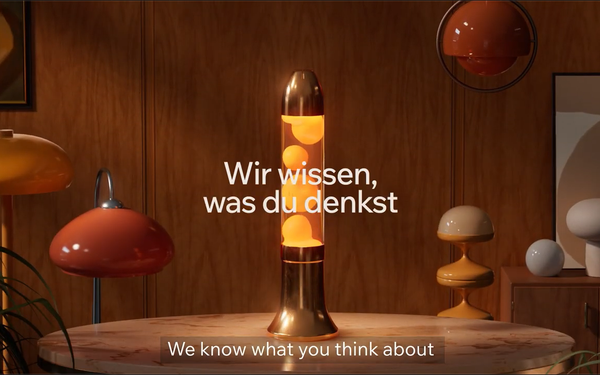 “Localization doesn’t equal translation,” said Tal Siach, head of marketing at Wix. “There a lot of nuances and things to take into consideration. We need to give support in their native language.”

Some 68% of consumers would switch to a brand that offers a customer experience in their native language. That’s not enough, however, for a brand to make an impression on consumers.

Siach said the company wanted to talk about its name and put it out there, to make sure those who might use the platform understand the company realized the meaning of its name in German.

The campaign -- from concept to design to creation -- was all done in0house and released late May. It’s focus, to create awareness, he said. It’s running on YouTube, Facebook, Twitter and other social platforms. Based on performance, Wix could move the ad to others.

“We take the viewer into a journey of creation,” Siach said. “We show them the possibilities that they can do with Wix. We’re testing it for brand awareness such as how many people engage with the content, but also how much is the cost per acquisition for a user.”

Siach said the images in the video capture the German culture, from the vegetables to the colors, to make Germans feel more at home.

When Wix created a campaign that would run in multiple countries such as Japan, creators had to remove part of the video as to not offend its Japanese audience. At the end of the video a woman gets out of a chair after receiving a lot of information. This one ran in March.

“In the Japanese culture, to get out of your chair as the conversation ends is very impolite,” he said. “We cut the end after learning about culture.”