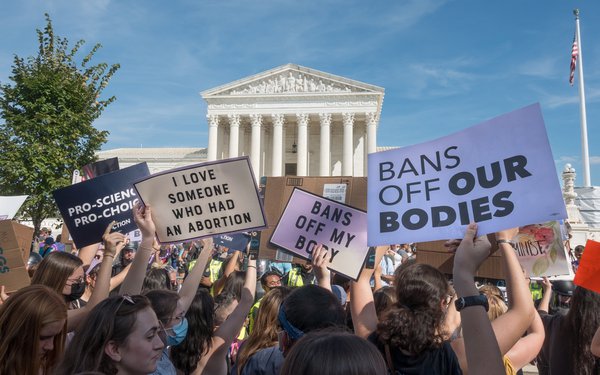 As laws in the United States continue to undergo massive change, one in particular -- the overturning of Roe v. Wade, which transfers the right to abortion from federal to state governments -- may prompt people to move away from Google and Bing as they rethink privacy. Some believe the decision will have a major influence across the advertising industry.

“Everything that happens in this world, especially political, changes the ways marketers bid on keywords and advertising,” says Marty Weintraub, founder of the agency Aimclear. “If there’s wildfires, marketers bid differently on fire suppression. I think there will be medical tourism ads, and health destination ads to the more affluent.”

He said marketers might target these types of ads in wealthy neighborhoods in states that outlaw abortions. For example, in highly affluent neighborhoods in Dallas, consumers may see more destination marketing from places in California, New York or other states where it is legal to have an abortion.

He added that people who support the Right to Life will be more bullish, while those in favor of the Right to Choose will become more cynical. Marketers always factor in optimism and cynicism when making decisions on ad auctions and keyword bidding, he said.

“It’s unknown how this will shake out,” he said. “It will affect pharma brands, healthcare systems, and creatives. Today, you cannot market abortions in Google, but marketers can market to heath or medical tourism.”

Weintraub said the industry can expect “absolute polarization in political advertising” and in many legal channels.

“Scarcity is an important concept in advertising,” he said. “Wherever there’s money, people who have what people look for will find a way around sensitive category restrictions and channels.”

Google says abortion-related ads will not appear on the Google Display Network, even if they are eligible.

The company also does not allow ads related to birth control or fertility products in a wide range of countries.

The data from searches and clicks on ads by people looking online for information also could be used to implicate them in any wrongdoing, similar to the way homicide detectives use search history to connect them to a murder.

Search engines focused on privacy like DuckDuckGo, Startpage, and many others may soon see a boost in use by people reimagining their digital footprint.

Moving searches to engines focused on privacy could have an interesting effect on advertising dollars and the keywords that companies allow marketers to bid on in auctions. It also could influence the way people think about digital privacy.

“In states that not only outlaw but criminalize abortion — a move that Louisiana is considering adopting after a final decision from the Supreme Court — a pregnant woman’s digital search of abortion-inducing medication, online purchase of pregnancy tests, or email request for financial support to a pro-abortion resource group could be deployed against her in criminal proceedings,” Bennett Capers, a visiting criminal law professor at Yale University and full professor at Fordham’s law school, told Time magazine. “Once getting an abortion is illegal, then attempting to get an abortion is also illegal.”

The article published in May 2022 details how almost everything someone searches for on engines like Google and Bing could link them to illegal activities.

On Friday, four Democratic U.S. senators asked the Federal Trade Commission to "investigate Apple and Google for engaging in unfair and deceptive practices by enabling the collection and sale of hundreds of millions of mobile phone users' personal data."

The Supreme Court’s decision to overturn Roe v. Wade cited in the letter says women "seeking abortions and other reproductive healthcare will become particularly vulnerable to privacy harms, including through the collection and sharing of their location data."