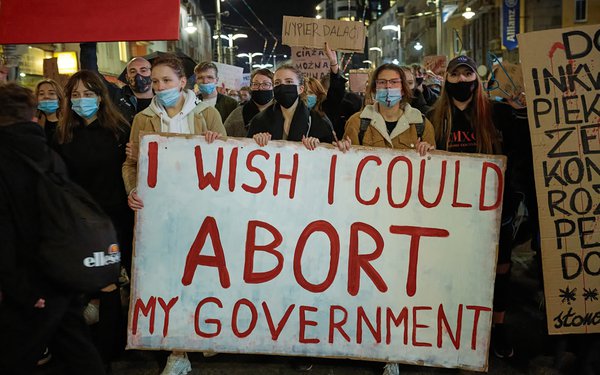 “Congress must pass legislation protecting people’s data so their web searches, text messages and location tracking aren’t weaponized against them,” Wyden, a Democrat from Oregon, stated.

He added that technology companies “must take immediate steps to limit the collection and retention of customer data so that they don’t become tools of persecution.”

Wyden did not say whether he was referring to any specific pending legislation.

Several privacy bills have been introduced recently, but none of them appear to be comprehensive enough to prevent state law-enforcement officials from obtaining data about people's online activities.

One recent bill -- the “Health and Location Data Protection Act,” introduced last week by Senator Elizabeth Warren (D-Massachusetts) and co-sponsored by Wyden and others -- would prohibit data brokers from sharing information about people's health or location.

Another bill, the “Fourth Amendment is Not for Sale Act” would require government agencies to obtain a court order before buying personal information from data brokers.

That bill would also prohibit law-enforcement authorities and intelligence agencies from purchasing data obtained through deception, as well as through violations of a privacy policy or other contract.

But neither of those two bills would prevent search engine operators, mobile companies or internet access providers from compiling the kind of data that could later be obtained by prosecutors.

The advocacy group Fight for the Future also called for the Biden administration, Congress and the Federal Trade Commission to “do everything in their power to end corporate surveillance, data harvesting, and data retention practices that are weapons perfectly built to persecute abortion patients.”

In addition, the organization reiterated its call for online companies to “end the collection and storage of sensitive location, health, and other data that will be used to apprehend and persecute anyone engaged in the abortion care process.”

“In a world in which abortion could be made illegal, Google’s current practice of collecting and retaining extensive records of cell phone location data will allow it to become a tool for extremists looking to crack down on people seeking reproductive health care,” the groups wrote. “The only way to protect your customers’ location data from such outrageous government surveillance is to not keep it in the first place.”