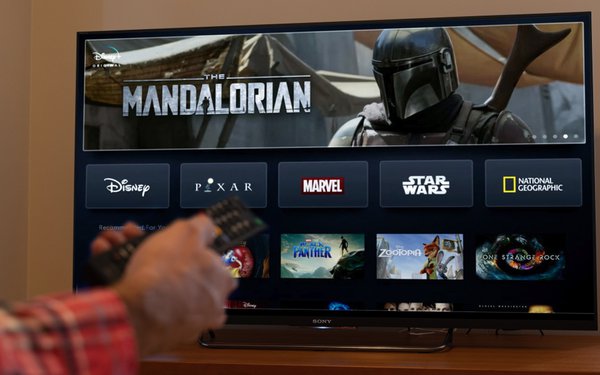 Video streaming platforms ramped up paid advertising spend by 38% in the second quarter of this year -- while at the same time getting lower media value from on-air promos on their respective sister TV network group schedules.

Disney+ spends the most of any streamer that also has promo access to TV networks -- by way of Disney-ABC Television, with $22.3 million in the second quarter.

Still, while competitive forces are pushing all premium video streaming businesses to expand more quickly, according to analysts, many continue to lean heavily on their access to sister company-owned TV networks.

For example, Paramount+ spent an estimated $5.7 billion in national TV advertising. But it also benefited from $32.1 million in media value from the on-air TV network promos on Paramount Global TV networks -- including CBS, TVLand, Nickelodeon, Paramount Network, MTV, BET, Comedy Central, and others.

At the same time, Amazon Prime Video -- which doesn’t own traditional TV networks -- spent an estimated $36.7 million. This was up from $28.9 million in the same period a year before. Apple TV+ is now at $29.6 million up from $26 million.

In terms of overall TV impressions, Paramount+- witnessed the biggest share among all video streamers during the period -- with 7.5 billion impressions, followed by Disney-owned Hulu at 6.4 billion; Disney+, 6.3 billion; discovery+, 4.1 billion; and Amazon Prime Video, at 2.7 billion. There were a total of 234,441 total airings.

Total impressions for the quarter were down slightly -- 45.8 billion versus 46.6 billion the year before.

A year ago, NBA Basketball was at 743.3 million impressions -- partly due to later scheduling of its NBA Playoffs/Final games -- May 22 to July 20. This year, playoffs and finals returned to more normal scheduling -- April 16 through June 19.