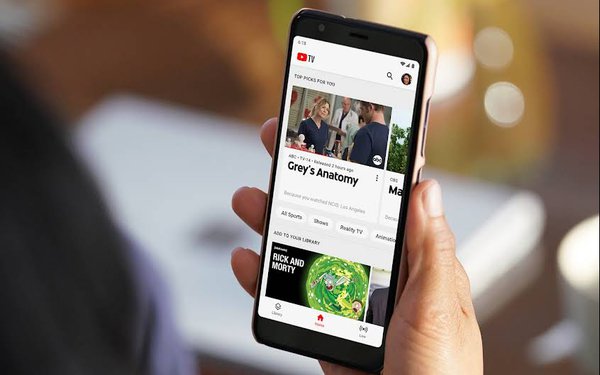 While U.S. virtual pay TV subscribers grew 17% in the first quarter of the year to a total of 14.9 million, total pay TV business (cable, satellite, telco, and virtual) sank 5.1% year-over-year to 81.05 million, according to MoffettNathanson Research.

That amounts to a total cord-cutting decline of 2.1 million subscribers.

Still, YouTube TV -- a virtual pay TV service -- has seen growth, and says it is now at 5 million paid and “trialer” subscribers, at the five-year anniversary of its launch.

This is the first update from the Google pay TV service since November 2020, when it touted 3 million subscribers, and when Hulu + Live TV came in at 3.4 million.

Now Hulu + Live TV is in second place among the virtual pay TV platforms, at 4 million subscribers, according to a recent Disney company fiscal-quarter financial release.

Disney says this is a 25% improvement over the year-ago quarter -- although it is down around 100,000 from the preceding quarterly period.

Third place goes to Sling TV, at 2.25 million, according to Dish Network's first quarter release, down 234,000 subscribers from the previous quarter.

While virtual pay TV witnessed growth year-over-year, it was down around 201,000 from the previous quarter (15.1 million), according to MoffettNathanson Research, due to declines at Hulu + Live TV and Sling TV.

MoffettNathanson says total traditional subscribers (cable, satellite, and telco, sans virtual) -- amount to 66.2 million, down 9% from a year ago -- a loss of 1.9 million subscribers.

Streaming and other digital platforms have grown as cord-cutting of traditional pay TV services has dropped, leading to quarterly declines of 8% or more for the last two years.