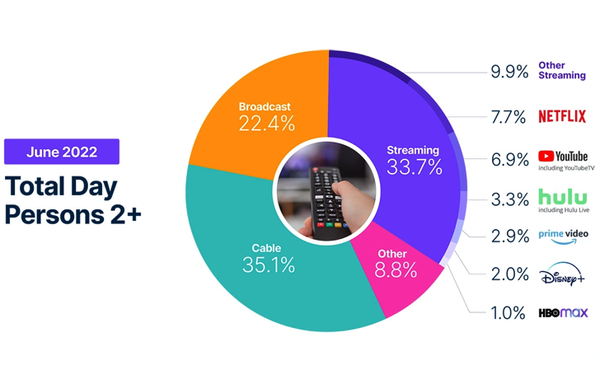 Streaming TV viewing, already on the rise, accelerated even more in June -- rising to a 33.7% share of total day viewing, according to Nielsen’s “The Gauge” measure -- the biggest increase since the measurement began up over a year ago.

This was driven by Netflix's sharp rise -- a full share point to 7.7% -- due to the new season release of shows, including "Stranger Things" and "Ozark."