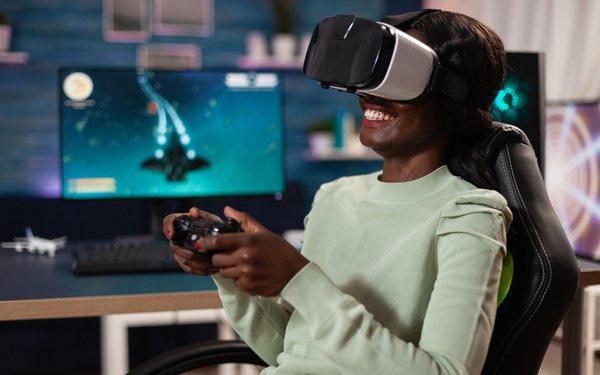 A new report fromglobal consultancy Bain & Company shows that young gamers are spending more time and money in the metaverse, potentially paving the way for the future of an interconnected virtual world being valued in the billions.

According to the study, video games are now the first choice of entertainment for people between 13 and 17 years old, ranking above social media, TV and music.
Already spending more time and money in the metaverse than older gamers, these teen gamers reported increasing their commitment to the budding virtual space.

“There has been a lot of buzz, and plenty of confusion, among the business community on what the metaverse is and how it will shift commerce and life into the digital realm,” says Andre James, global head of Bain & Company’s Media & Entertainment Practice.

“Meanwhile, young gamers have been paving the future of the metaverse. They have adopted to metaverse-style games, often preferring to socialize with friends in games more than in person. They are increasingly comfortable with virtual reality, so even those that don't currently play in the metaverse are likely to do so in the future.”

The study also found that younger gamers are most drawn to metaverse games that are fully immersive, include a social element, allow players to be active creators in the game, and offer in-game purchases on any device.

Metaverse games -- like "Roblox," "Minecraft," and "Fortnite"  -- are thought to blur the lines between real life and digital life. Half of young gamers said they would rather hang out with friends in games than in person.

The rise of new payment models like monthly subscriptions and game libraries, and the adoption of “free-to-play” games, has led to improved average revenue per user.

As video games become the foundation for other paid entertainment experiences, this trend, the report states, is likely to accelerate.

However, a distinct divide between older and younger players exists.

Fifty-six percent of younger gamers said they were comfortable paying to unlock features that improve their performance in the game, while many older players were not.

Younger gamers are also interested in utilizing the metaverse outside of gaming.

Half of young gamers said they would rather attend school events in the metaverse as well as social experiences like concerts, sporting events, and even work. “We will likely see this growing demand for community experiences as a catalyst for a broader metaverse,” the report states.

Bain predicts that in order to maximize potential, developers and publishers will need to continue to listen to preferences from young gamers, following through with fun and immersive experiences that are social, multiplatform and customizable.

“Long-term player engagement will be dominated by games that can scale and have a world and community that exists beyond the initial video game,” Bain says.