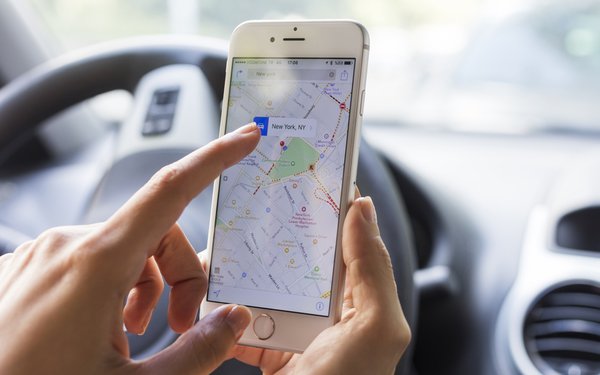 Apple continues to step up its ad business. Earlier this month, reports surfaced that the company’s job board reflected an increase in hiring to build out its advertising business, specifically a demand-side platform (DSP).

The focus now turns to location-based ads in Maps, but not on its job board. Bloomberg’s Mark Gurman has mapped out a road that leads advertising into Maps for Apple, similar to Google Maps (no pun intended.)

The focus centers on Apple's App Tracking Transparency (ATT) strategy that allows users of Apple's devices and services to decide whether apps can track them across other applications and websites.

Gurman believes Apple Maps will likely start showing search ads, suggesting that the company has conducted a series of tests specifically to figure out how it will work.

Today Apple's advertising efforts consist of display ads inside of its News and Stocks apps, inside the App Store, and across the iPhone, iPad and Mac. The App Store also has Google-like search ads.

In books and podcast apps, publishers can pay to appear higher in results — or in ads placed throughout the apps.

It all “feels like quite a shift from when Steve Jobs gleefully touted that iCloud would have no ads when he announced it in 2011,” Gurman writes.

Another clue he points to is that the ad group’s vice president in charge, Todd Teresi, is now reporting once again to report directly to services chief Eddy Cue instead of deputy services head Peter Stern. Gurman writes that Teresi previously reported to Cue when Apple had its in-app iAd network, which shuttered in 2016.

Adding ads to Apple Maps will expand the company’s ecosystem of data. Using Maps lets Apple track where users travel, what they pass on the way, and where they stop. Gurman has the same thought as I. I have no doubt Apple’s advertising system uses data from its other services and an individual’s Apple account to determine the ads to serve. Google does this too. The question remains, how much data.

No announcement has been made by Apple.

The company began ramping up improvement for its mapping system several years ago. In 2021, it made major changes to compete with Google Maps. The company announced several new features at its WWDC 2021 developer's conference such as the ability to project an image on a 3D globe. It added 3D map elevation, and nighttime lighting. The driving map added crosswalks, complex interchanges in 3D, and bike lanes that users can view on Apple Watch.

The announcement of Maps Web Snapshots in January allowed developers to load a URL in email or another location where JavaScript is unavailable to build a static representation of the image.