New Biz Drives Ad Economy, Big Agencies Not So Much 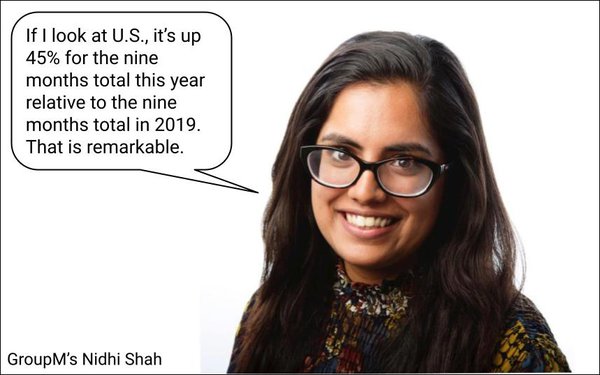 The term “new business” can mean different things on Madison Avenue, depending on who you talk to.

If it’s big agency rainmakers, this year isn’t turning out so great. If it’s one of the biggest agency cloud-watchers, it’s actually one of the most encouraging signs for the ad economy.

Of course, those two perspectives are looking at two different definitions of new business.

In the first case, consultant R3 released data late last week indicating that agency new business has receded dramatically for both media and creative services – in both the U.S. and worldwide – vs. the same period a year ago.

In the second case, it is the formation of new businesses worldwide -- but especially in the U.S. -- that is one of the most “under-appreciated” aspects of the economy that is sustaining ad spending growth, according to GroupM Global President of Business Intelligence Brian Wieser.

“We’ve hypothesized that one of the most important drivers of advertising through the pandemic was this mass expansion of new business formation in the early stages,” Wieser explained during this week’s edition of his team’s “This Week Next Week” podcast.

The episode, which included a guest appearance by the group’s U.K.-based business intelligence analyst Nidhi Shah, revealed stats showing that while new business formation has begun slowing down due to recent economic volatility, it’s nonetheless up vs. pre-pandemic levels, especially in the U.S.

Wieser noted that the fact that the U.S. has already reported third-quarter data for new business growth and that it’s still expanding despite weakening economic indicators is a particularly important sign.

Because new businesses tend to have smaller ad budgets that are invested almost entirely in the Big 3 digital platforms – Amazon, Facebook and Google – the growth is not likely to impact big agency holding companies for some time.

And while Wieser didn’t say this part out loud, I inferred that also means the share of U.S. and global ad spending coming from big agencies will continue to decline for the foreseeable future.

“It’s going to be a really important thing for us to keep close tabs on,” Wieser concluded.