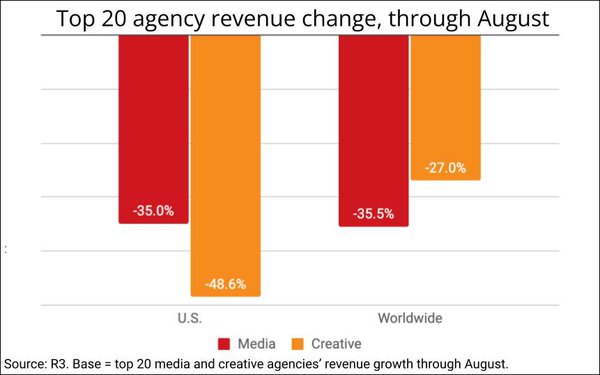 Through the first eight months of 2022, the top 20 U.S. media agencies have seen their new business billings decline 35.0% vs. the same period a year ago while their creative counterparts have seen it plummet 48.6%.

On a worldwide basis, the picture is reversed between the top media and creative agencies: media fell 35.5%, while creative declined 27.0%.