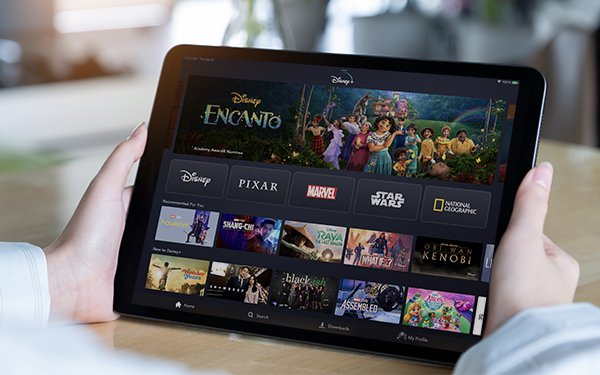 The entertainment and media company was at $20.2 billion in revenue for the third quarter -- missing the $21.2 billion market analyst projections.

Revenue was up 9% from the prior-year period. Net income from continuing operations only inched up 1% to $162 million.

Disney’s direct-to-consumer (D2C) business widened its operating-income losses by almost double to $1.47 billion, up from $630 million, due to higher losses at Disney+ and a decrease in profitability at Hulu. The latter was a result of higher programming, production and marketing costs, the company said.

On the plus side, ESPN+ showed improvement with better subscription revenues and subscriber number growth.

Another highly monitored metric -- streaming subscribers -- increased more than expected. Disney+ rose 39% to 164.2 million over the year before, while ESPN was up 43% to 24.3 million and Hulu (including Hulu + Live Tv) rose 8% to 47.2 million.

Some of Disney's D2C financial trouble comes with Disney+'s lower average monthly revenue per paid subscriber -- down 10% to $6.10. Hulu (subscription video on demand) also slipped -- 4% to $12.23.

Disney linear TV networks fell 5% in revenue to $6.34 billion, although operating income climbed 6% to $1.7 billion. The company saw higher operating income at its cable networks and a “modest increase” at broadcasting.

While there was a decrease in advertising revenue at ESPN/ABC sports programming -- and at ABC Television Network -- advertising at the ABC-owned TV stations grew. TV stations have seen benefits from higher midterm political advertising in recent months.

Disney’s Disney Parks, Experiences and Products continued their recovery from the pandemic-related disruption -- up a strong 36% to $7.4 billion . Operating income more than doubled to $1.5 billion from $600 million in the prior-year quarter. There was higher attendance at its parks as well as increased guest spending.

Growing inflation and higher support operations costs were a deterrent to greater growth.