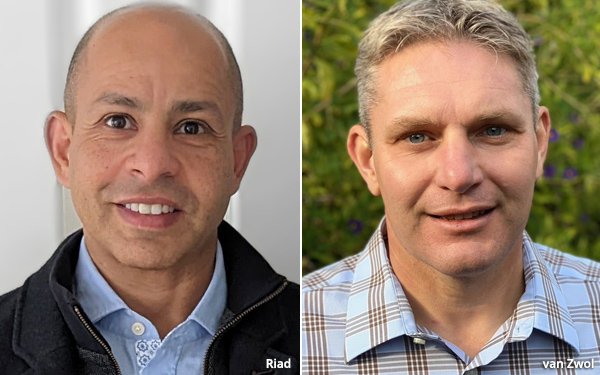 As massive layoffs at Amazon, Facebook and others hit the advertising and technology industries, Reddit announced the hiring of two executives in its advertising business as the company sees substantial growth. Roelof van Zwol becomes Reddit’s VP of ads engineering, and Stephen Riad steps into the role of vice president of global mid-market and small to-medium-sized business (SMB) sales.

With nearly 20 years of experience in machine learning, van Zwol comes to Reddit from Pinterest where he was Head of Monetization Sciences and ML Engineering. At Reddit, he will focus on leading the technical strategy, execution, and the team behind Reddit’s monetization engine, reporting to Reddit’s Executive Vice President of Ads Monetization, Shariq Rizvi.

Van Zwol believes Reddit remains in a unique position to bring together users and advertisers based on their shared interests and goals, and says he uses the platform daily.

He will be responsible for building the architecture that powers Reddit’s Ads Marketplace and overseeing the Ads Software, Solutions, and Reliability Engineering teams. Prior to Pinterest, Roelof held senior positions at Netflix and Yahoo, with roles in engineering, product innovation and research contributing to his experience in technology.

Riad joins Reddit from Google, where he held senior roles in strategy, sales, operation and business growth. He will lead the sales teams responsible for driving monthly active advertiser growth within these key segments, oversee client and agency relationships, and work closely with cross-functional leaders across the business.

Reddit’s growth comes from a variety of decisions made in the past few years. The company partnered with DoubleVerify in June to bring to bring ad measurement and fraud detection tools to its advertising suite.

In September, Reddit announced the acquisition of Spiketrap, an AI-powered technology company aimed at improving ad relevance and performance.

KarmaLab is Reddit’s in-house creative strategy team that helps adapt ads to the platform, according to Insider Intelligence. Advertisers that had help with adapting ads from KarmaLab saw a 31% lift in clickthrough rate and a 9.5% lift in video completion rate.