Paramount's Chopra: Ad Market Weak, But Not Worse Than During Pandemic 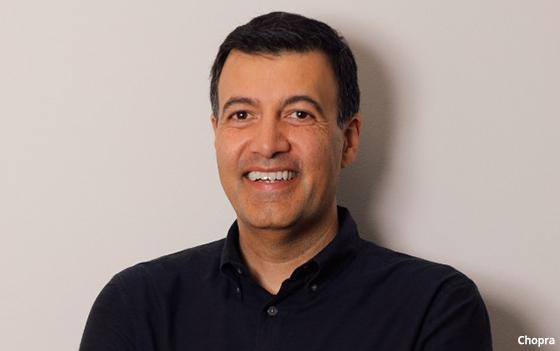 Naveen Chopra, executive vice president and chief financial officer of Paramount Global, speaking at an RBC investor event on Wednesday, said the broad advertising market may be weak, but it is not depressed below recent historical levels.

“There are some who have suggested that the current environment is worse than what they saw in COVID,” he said. “We don't see anything close to that, to be clear.”

Chopra was referring to remarks made by Warner Bros. Discovery CEO David Zaslav at the same event on Tuesday, when Zaslav called the current ad market “very weak.”

Even with advertising market challenges, Chopra says things are relatively stable -- at least for Paramount in the recent reporting period: “If you look at our advertising business as a whole in the third quarter, despite a weak macro environment, the business grew 1% on a constant currency basis.”

And, he says, looking at its digital media business -- especially Paramount+ and Pluto TV -- that business is up “4%, off, by the way, a base that is larger than many of our competitors in the digital arena.”

“If you were just selling cable network inventory, this would be a much, much more challenging environment, but that combination of broadcast, fast, SVOD [subscription video on demand], and cable puts us in a very powerful position.”

Some of this optimism, he says, stems from the TV upfront market in the summer, where Chopra says the company strategically looked to maximize selling as much advertising volume as possible.

“So, that is now starting to benefit us in the fourth quarter, where we have a greater piece of upfront business than maybe some others in the marketplace. So, it's not the ideal environment, but it will improve.”

Other strong business data that Chopra says the company leans into includes Paramount Global's total direct-to-consumer (D2C)  business, which as of the third quarter totals 67 million subscribers, adding 4.7 million in the period largely from Paramount+.

The company's total D2C business now has an annual revenue run-rate of $6 billion.

Paramount sees a combined linear and streaming business as a strong positive -- in terms of minimizing costs including delivering content, acquiring subscribers. Chopra says this is an advantage over “pure play streamers.”

“If you look at that [combined linear and D2C] number in the third quarter, we grew the business 8%. What that says is that streaming is truly incremental to the linear ecosystem.”