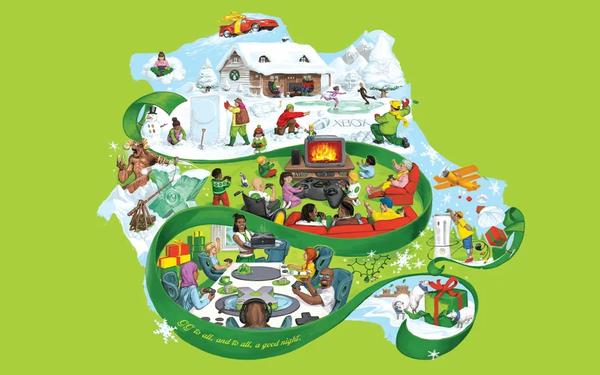 According to Xbox Live data gathered between 2020 and 2022, family-friendly games like "Minecraft" and "Forza Horizon 5" accounted for over 50% of games played during the 2021 holiday season, marking a notable increase over the past two years.

Over half of respondents (56%) agreed that passing on enjoyment of video games from the older to younger generations is a worthwhile tradition. And 30% prefer to give gifts the whole family can enjoy.

Almost six in 10 respondents agreed that video games are a great way to interact virtually with family members who are not able to join the holiday celebrations in person. This could be one reason that among those who will be celebrating the holidays, more will be playing video games than board games or doing outdoor activities.

Fantastical virtual worlds are also alluring to gamers who seek a much-needed escape from real-world pressures during the holiday season.

Just over half of the respondents who already play video games said they turn to video games to relieve stress, compared to other coping mechanisms such as social media scrolling (46%), reading a book (45%), exercising (42%), and self-care activities (33%).