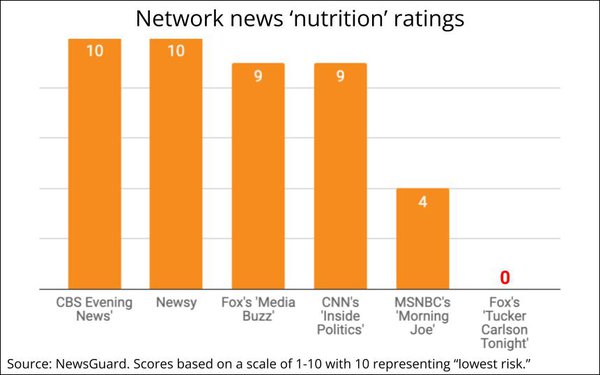 TV network news programming such as "CBS Evening News" and E.W. Scripps Co.'s Newsy network have been deemed the lowest risk for viewers and advertisers, while Fox News Channel's "Tucker Carlson Tonight" was rated as having the highest possible risk, according to just released data from news veracity ratings service NewsGuard.

The data, which is the first program-specific TV news ratings released from a new service originally backed by IPG Mediabrands' Magna unit, was disclosed this morning as part of a NewsGuard press release pitching the service to other agencies and advertisers now that IPG's exclusive window has expired.

The initial version of the service commissioned by IPG rated more than 100 programs and 27 networks, Magna Executive Vice President-Managing Director of Strategic Investment & Accountability Allie Kallish told MediaPost in September following its use of the data as part of its 2022-23 network news-network upfront advertising buys.

At that time, Kallish described Magna's initial use of the data as a "learning process" and that it was up to individual clients how they applied it, but that overall the ratings were characterize as a "mixed bag" with a few surprises among the networks and their news programs.

At that time, Magna disclosed one other news program rating -- NBC's "Meet The Press," which also had a 10 out of 10 perfect rating -- as an example.

"We were delighted when IPG Mediabrands took the lead in asking us to begin filling that need, and we’re now delighted to be able to provide this service broadly by licensing the ratings and associated data industry wide," NewsGuard Co-CEO Gordon Crovitz stated, adding that the company already has plans to expand to other electronic media, including "CTV offerings" and podcasts in 2023.

As part of this morning's release, NewsGuard also distributed examples of the "nutrition labels" that are the basis for its risk ratings, including the one for MSNBC's "Morning Joe," which scored only a 4 out of 10 rating. 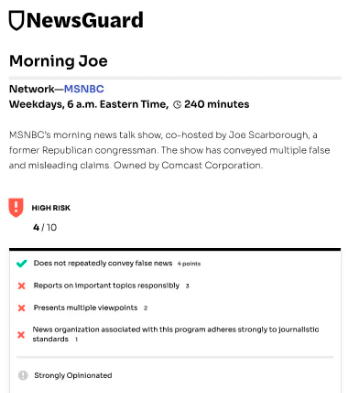 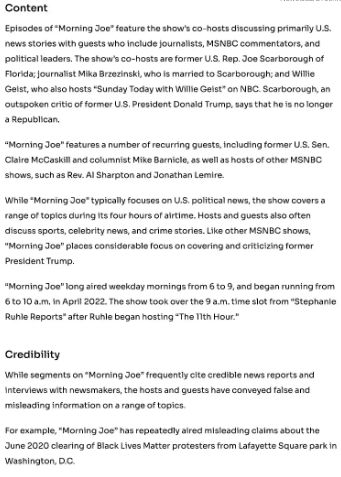 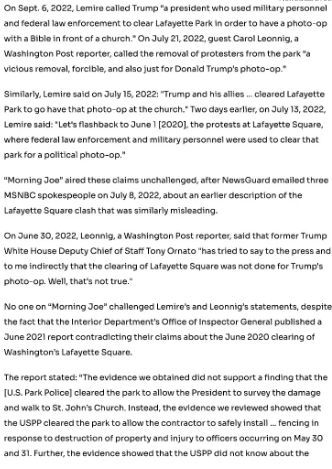 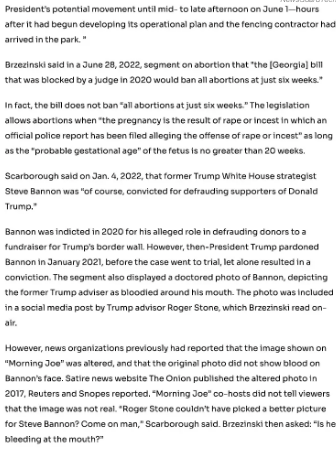 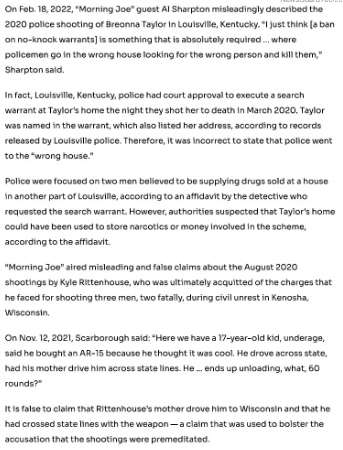 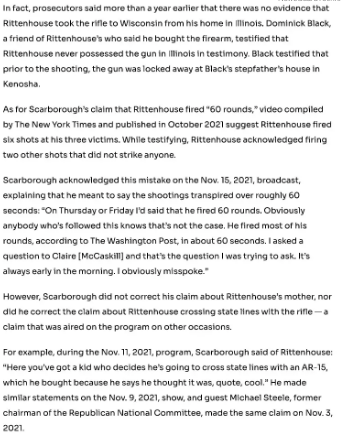 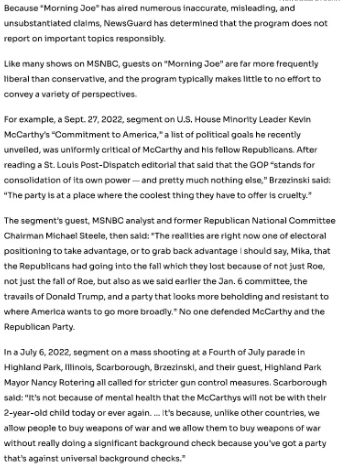 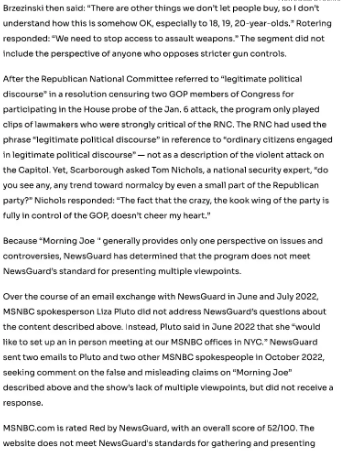 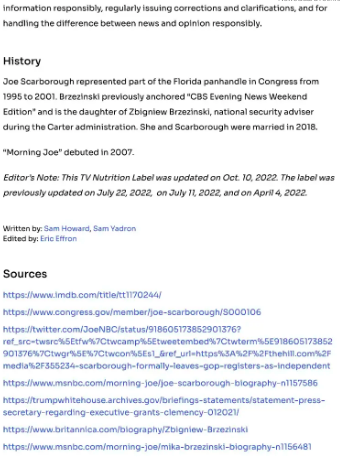