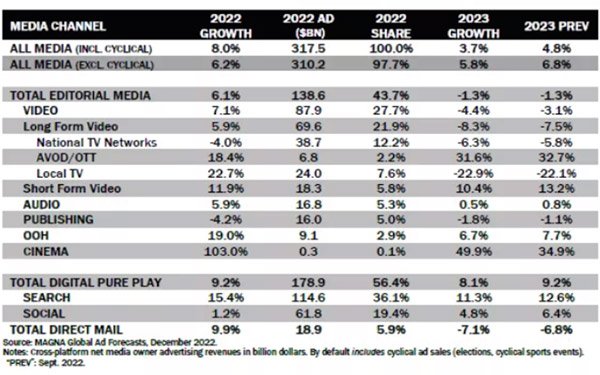 The positive for owners of national TV networks is that advertising video-on-demand (AVOD), over-the-top (OTT) and streaming platforms are forecast to continue to climb -- 31.6% higher in 2023 -- and estimated to grow 18.4% this year to $6.8 billion.

TV will continue to be impacted by the long-term erosion of reach and live viewing with new digital platforms and non-traditional platforms that are unable to fully offset these declines, according to authors of the report.

Globally, Magna estimates all TV ad revenue will be down 3.6% next year. For this year, worldwide TV is expected to grow 1.7% to $172 billion.