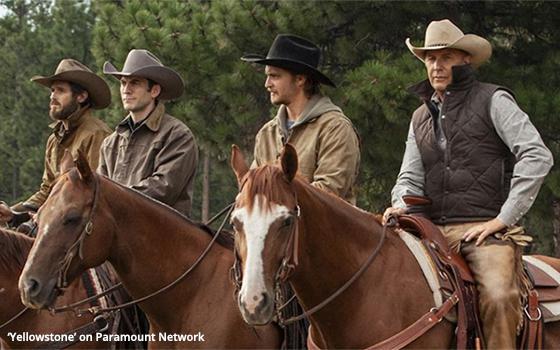 Since the start of the TV season, TV network-based companies have increased on-air media time and paid-advertising spending by 8% to promote their own programming -- to $2.19 billion in total media value, according to iSpot.tv.

The most heavily promoted and advertised show during the period is Paramount Network’s "Yellowstone," which tallied some 3.26 billion impressions in advertising and promos. Paramount spent $9.4 million in paid advertising over that period and placed $15.4 million in on-air promos on its own network.

The Season Four premiere of "Yellowstone" tallied a Nielsen-measured 8.8 million viewers on Paramount Network, and totaled 12.1 million when including encore telecasts and airings on other Paramount Global networks.

TV networks continue to largely use their own airwaves for advertising of their own TV shows -- placing a collective on-air promos amounting to $1.9 billion in media value. A year ago it was $1.8 billion.

Though on-air promos are the main media tool for TV networks for messaging, paid advertising to tout TV content grew 22% to $238.1 million ($195.8 million a year ago) over that period.