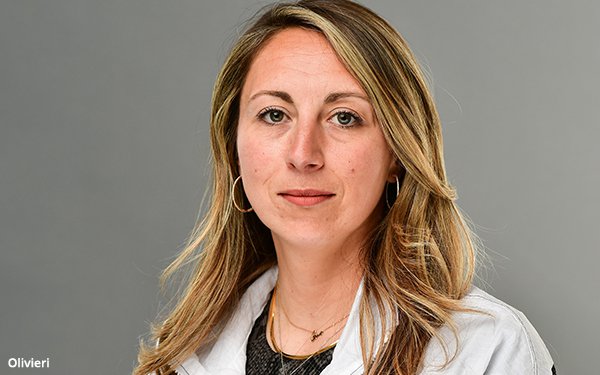 If data is the “new currency,” as GroupM proclaimed when it named Krystal Olivieri its global chief innovation officer -- as well as for its newly formed data consultancy Choreograph -- last May, then Olivieri might well also be described as the ad industry’s Fed chairman, if not its guiding spirit.

After cutting her teeth as the director of business strategy and partnerships at GroupM’s Xaxis unit, she has taken on a series of roles to better organize the massive consumer data that GroupM and its clients sit on, as well as innovating more wholesome ways of leveraging it.

In 2021, Olivieri was the chief architect behind the development of GroupM’s Data Ethics Compass -- a sophisticated assessment tool that enables GroupM’s global organization, as well as its clients, to understand the ethical issues associated with utilizing consumer data.

The tool -- which was developed amidst an array of national and local regulations, as well as potential fines and litigation -- was a pragmatic solution to mitigating the potential liabilities associated with misappropriating and/or misusing some of the most sensitive data defining people as consumers.

At a higher level, the tool enables GroupM’s team to have meaningful conversations about the role that data increasingly plays in understanding consumer intent, action -- and as the set-up to this profile suggests, a sense of consciousness about the underlying value of doing that.

Or as Olivieri described it at the time, helping its team “do the right thing” and understanding when something doesn’t pass the “ick” test.

In 2022, Olivieri helped raise GroupM’s -- and hopefully the world’s -- consciousness about the role that media buys play in the climate crisis, and developed another tool to help them manage it.

GroupM first unveiled its media-buying carbon calculator during a presentation at last year’s Cannes Media Lions Festival, but Olivieri followed up with a plan to make it far more ubiquitous -- and perhaps more importantly, standardized -- for the rest of the industry.

Understanding that one of the big limitations in organizing the ad industry and its media supply chain to efficiently reduce carbon in the advertising footprint also required universal standards, Olivieri’s team set out to do exactly that by reaching out to the rest of the industry -- peers and competitors alike -- and offering GroupM’s own calculator as a template for an industry-standard one.

“We’re taking the methodology that we’ve created and we’re going to build a software-based approach to it,” Olivieri said of the initiative’s ultimate goal to create a frictionless system for assessing the carbon impact of media buys so that the entire industry could work efficiently toward reducing it.

In a world of proprietary, not-invented-here ad-industry mindsets, Olivieri has proven that collaboration -- whether internally across GroupM, its agency units and clients, or with rival agencies -- sometimes can provide a better return on investment. Especially when it returns a better, more ethical and sustainable world.