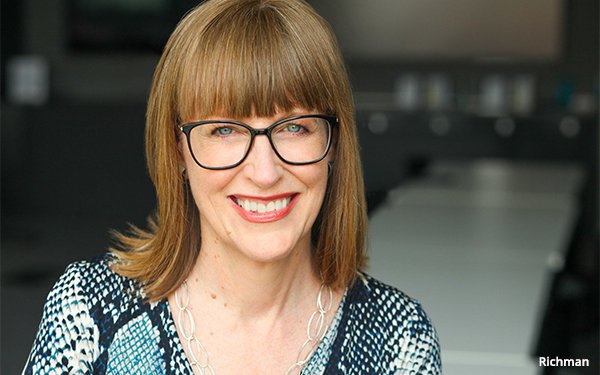 Two decades after WPP formed Mindshare by merging the media departments of JWT and Ogilvy together, it broke it apart in 2022 -- albeit in a visually symbolic way that partly underscores why it also was MediaPost's media agency of the year.

“The time to embrace the intent of our name has never been more pronounced,” Global CEO Adam Gerhart explained when he unveiled the brand refresh at the end of 2021, which included separating the terms “mind” and “share” in a way that actually connotes a new kind of coming together: collaboration with the other professional services entities it does business with -- clients, parent company, sister agencies, partner agencies, vendors and suppliers, and consumers too.

But perhaps most importantly for our awards, with the trade press too. And by that, I mean placing an emphasis on the “share” part of its new brand identity, because MediaPost's annual awards are unique in that we have a distinctive bias that we can only recognize things that agencies share with us.

Or at least publicly, in the world we can see in order to recognize them.

I hate to begin this profile recognizing Mindshare as our media agency of the year by grousing about how poorly some other organizations do that, but it is actually one of the key, unspoken criteria that make our awards different from other trade publications and organizations.

That's because we believe agencies are the best communicators in the world, and the best of them know how to communicate their own stories, including their awards-worthy ones.

For the life of me, I don't understand after decades of doing this why others don't do it as well, and it should be clear by now if you look back at past years' winners that there have been some common themes -- as well as many repeat winners -- because they get what we're trying to unlock: things that demonstrate vision, innovation and industry leadership.

Mindshare -- as well as its parent organization GroupM (see separate holding company-level award profile on it) -- clearly gets it. Not that they do it for MediaPost, per se, but because they understand that the most fundamental way an ad agency can brand itself starts with letting others know about what they actually do that differentiates them from others.

That clearly is a communications process, and I understand why some agencies have cultures that prevent them from doing it, but if you look at the other category winners in this year's awards -- PMG (independent agency of the year), Giant Spoon (creative agency of the year), Merkle (search/performance agency of the year), Patagonia (client of the year), NBCUniversal (supplier of the year), and P&G's Marc Pritchard (executive of the year) -- one of the things they have in common is that they are not shy about letting others know what they're up to and why that makes them better than others they compete with.

Its unique ability to share in such a meaningful way in 2022 underscores another important reason we selected Mindshare as our media agency of the year, and one I hope other shops reflect on, because in an industry where many of the leading holding-company media-services brands have become increasingly subsumed by their parent-level organizations, Mindshare -- and to a similar degree, its other GroupM sister shops -- stood out in their ability to demonstrate innovation, as well as taking credit for it.

That has increasingly not been the case at other holding companies -- where much of the innovation, resources and investment associated with it are happening at the holding-company level, and the branded media agencies have defaulted to essentially being client-facing service units.

Sure, Mindshare does that as well, of course. But at a time when so much of the innovation rhetoric coming out of big media shops and their parents is a mantra of copycat jargon about new tools, systems and processes that are no more than branding propositions under the guise of proprietary confidentiality, it's impossible to look under the hood and see what they have actually done.

That has not been the case with Mindshare and GroupM, where the organizations go sublimely public with their innovations, and often make them available for the world to see.

You can see several examples of that in our GroupM profile -- but with regard to Mindshare, I will repeat just one: how it partnered with its parent to develop a state-of-the-art media carbon calculator, and then released it publicly for others in the industry to use as part of a coordinated effort to organize the entire industry around a unified standard.

The reason was that as good as proprietary carbon calculators might be, unless they are industry-standard ones, they will foster confusion and indecision among agencies, clients and suppliers that likely would hold media industry climate action back.

So it is noteworthy that the organizations unveiled their effort for the first time in a presentation by Mindshare Chief Global Chief Transformation Officer Ollie Joyce at the Cannes Lions Festival, but followed up with a big push by GroupM to organize the industry around it.

It should be a powerful example for other agency organizations of how their total organizations can work together, share credit -- and importantly, also take individual credit for innovating the marketplace.

“We believe in strong agency brands, and we believe they are stronger together,” says Mindshare North America CEO Amanda Richman, adding: “We've worked out how to create distinct cultures, but cultures that also thrive on collaboration.”

Importantly, she says there is another key benefit beyond the publicly visible ones -- which is that it helps Mindshare attract and retain talent that might not be as interested in agency cultures where people cannot take credit, or where there is less collaborative “mobility” across agencies.

She says it is routine for GroupM shops to recruit talent from one another in a way that grows both organizations, but most importantly, advances the individuals doing it.

Richman should know. Before joining Mindshare she was U.S. CEO of Wavemaker, which was MediaPost's media agency of the year in 2021.

She says the guiding principle underlying this collaborative spirit is a Mindshare mantra of “good growth” that pervades every aspect of the organization, as well as the stakeholders it works with or for: clients, suppliers and consumers.

It's a principle that governs everything Mindshare does, including several of the innovations that contributed to this year's win, including:

“Good growth” is far more than Mindshare's internal mantra -- it is one that pervades its relationship with clients and vendors alike.