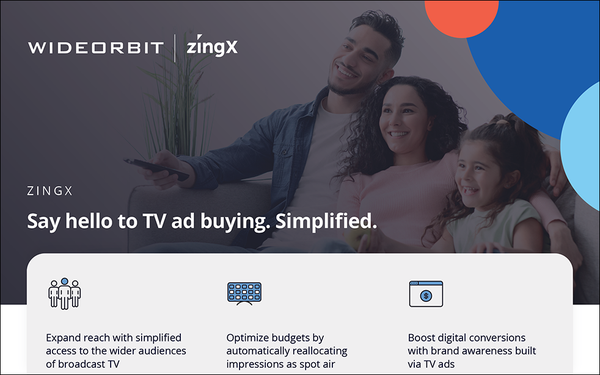 WideOrbit, the broadcast TV and radio inventory workflow-management company, is starting up a demand-side platform -- ZingX -- which the company says will offer advertising placement for thousands of broadcast TV stations.

Marketers using the platform can get direct access to the company's sell-side TV-based ad exchange WO Marketplace.

WideObit says ZingX will be available in 184 out of 210 markets, providing 87% U.S. national reach, with inventory from local TV stations.

The company says its workflow system processes more than $37 billion in advertising spend annually, for over 6,000 radio and TV stations and networks, including 90% of local US broadcast TV stations.