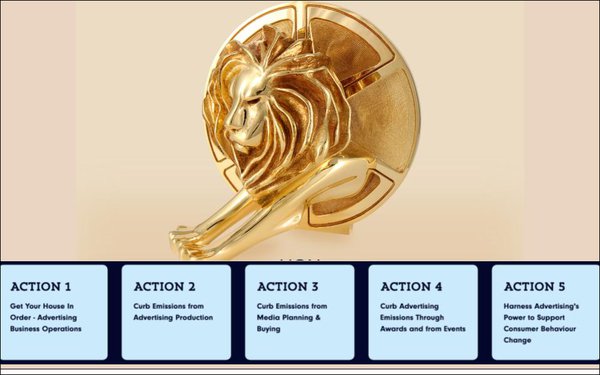 In what may be an industry first for an awards festival of its scale, the Cannes Lions this morning announced it will add "sustainability reporting" to its awards submission process, effective with this year's festival.

The reporting, which the organizers described as "non-compulsory," utilizes Ad Net Zero's five-point decarbonization methodology as a guide to encourage entrants to outline the CO2 emissions that were involved in the campaign cases they are entering Lions awards for.

"The data and information is being collated by the festival to benchmark best practice across the production and distribution of creative work globally, and will not inform the judging process," the organizers said in a statement.

The move is part of an ongoing effort by the Cannes Lions to recognize the role of sustainability in advertising, media and marketing.