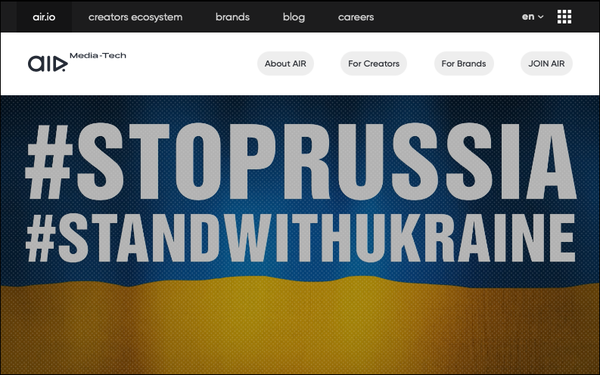 After acquiring U.S.-based media network ScaleLab and partnering with creator-amplification tools like Vidby and Gyre, Air Media-Tech -- a Ukrainian-founded global media company -- has announced that its network of partner creators has exceeded one trillion views on YouTube.

For perspective, one trillion views is the equivalent to every person on the planet watching a video created by an AIR partner 125 times, the company says.

Working with creators and influencers from 44 countries, including 3,800 YouTubers, Air translates content into over twenty languages so creators can more easily expand to global markets.