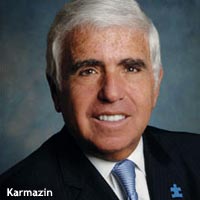 The chief executive officer of SiriusXM wrote an email that was sent out to subscribers earlier this week explaining the recent rate increase and options for customers who want to avoid them.

CEO Mel Karmazin says he spends “much of my time focused on satellites, programming and employees, which are all very important, but nothing is more important to me than our subscribers.”

The “modest” increase of $1.54 a month -- or as the email broke it down, about 5 cents per day – is on the “Select” package. It will take effect on customers' next renewal date. It amounts to a 12% increase.

Analysts called the raise “more than fair” and did not take the company to task the way Netflix was raked over the coals after it introduced a new pricing structure last summer that increased some rates by as much as 60%.

Still, the CEO tried to soften the blow, acknowledging that nobody ever likes having to pay more for something. “Because we know this increase comes during challenging economic times, we have provided some options below that you may want to consider, including several ways you could save,” Karmazin writes.

Options suggested include switching from paying by invoice to credit card or debit card billing, which saves $2 per billing cycle. Customers can also take advantage of an annual plan discount, which is like paying for 11 months and getting the 12th month for free.

Conversely, “Select” customers can upgrade to the “All Access” package, which offers a bundled price for access to the satellite radio channels on computer, smartphone or other mobile device for a bundled price.

“As we continue to add exciting new content and find more ways for you to enjoy our programming, we will work hard to control costs and create efficiencies to ensure SiriusXM continues to be the best value for your entertainment dollar,” Karmazin writes.