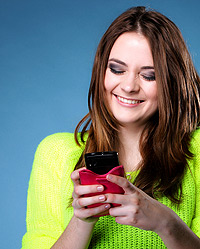 Advertisers pay less per click these days, although many continue to invest more in paid-search ads. After peaking at an average of $0.46 per click in the third quarter of 2012, the cost continued to fall in Q1 2013 globally, reaching a five-quarter low of $0.39 for Kenshoo clients. Lower costs reflect the ability of marketers to improve targeting and messaging techniques.

This average cost per click (CPC) fell just below $0.41 noted in Q1 2012. The average CPC in the U.S. and U.K. declined to $0.38 and $0.44, respectively, while continental Europe CPCs remained flat at $0.36, according to the 2013 Kenshoo Global Search Advertising Trends Q1 report published this week.

It turns out that marketers are seeing improvements in conversion rates across Google and the Yahoo-Bing Network. Aaron Goldman, Kenshoo CMO, attributes much of that to the increased relevancy of search ads. In the report, Kenshoo examines the performance of paid-search marketing by analyzing campaign data associated with several billion dollars of ad spend managed through Kenshoo across global search engines.

For the most part, marketers spent more on paid-search ads worldwide. But while the U.S. saw a 15% boost in global paid search, ad spend was fueled by a 24% increase in U.S. search ad spend, while European investments fell 11% YoY in the U.K. and 4% for the rest of continental Europe.

When it comes to mobile, devices now account for 19% of all U.S. paid-search clicks, but just 14% of the amount spent. Mobile device CPCs in the United States remain low in comparison with computers. Compared with computers, clicks from mobile phones cost 46% less; and tablets, 18%. At $0.46 per click, tablets are just $0.10 behind computer CPCs and 53% more expensive than phone clicks, according to the Kenshoo report.