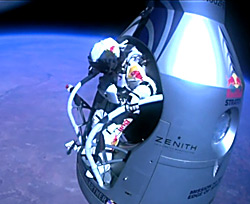 The International Academy of Digital Arts & Sciences' Webby Awards has just announced its winners, some weeks after the American Marketing Association's Worldwide Effie Awards trumpeted theirs. Given how arbitrary media categories are these days, the two award organizations will either converge or engage in a Ward vs. Gatti-style slugfest for relevance.

Well, there are differences in substance: the Webbys extend as many honors to content plays as to advertising: winners for the 17th annual awards include Jerry Seinfeld, Mashable, Kevin Spacey, and TedEd. But if they are squaring off in some way, the Webbys may have won this year for best calendar slot at Cipriani. The Webbys are on May 21, while the Effies are a day after. The geolocation win goes to the Effies: the Webbys are way the hell downtown at Cipriani Wall Street, while the Effies get the 42nd Street Cipriani venue, which is closer to Advertising Week action.

In any case, the Webbys this year give top honors to Tribal DDB, which is "Agency of the Year" for getting the most awards and nominations. The agency got 10 Webby Award nominations, seven Webby Award wins and one People’s Voice Award win, including the agency’s Canada division won for McDonald’s Canada’s “Our Food. Your Questions”; Deutsche Telekom with the “Move On” branded content campaign by DDB Tribal Group GmbH; and the Dutch airline KLM with the campaign KLM Be My Guestby DDB & Tribal DDB Amsterdam.

Other agencies up for the prize included: McCann-Erikson Worldwide for its work on the Australian rail safety campaign, “Dumb Ways to Die”; R/GA for Nike+ Fuelband and NIKEiD Media; and Wieden + Kennedy for its work with Old Spice, including Old Spice Muscle Music program with Vimeo.

Agencies got the nod for online campaigns, branded content, microsites, videos, social gaming and mobile experiences. But a lot of it is almost pure content, which makes a lot of the winning work agency-less by definition: The New York Times, The New Yorker, Tumblr, and Mashable, Vice, Engadget, and HuffPost Live, and Red Bull’s “Red Bull Stratus” are among the winners for in-house content.

Other winners: Martin Agency's work on the documentary "Clouds Over Cuba," which speculates on what would have happened with the Cuban Missile Crisis if things had gone differently; New York-based Hudson Rouge's collaboration with Beck and Chris Milk for "Hello Again: Beck 360", which wins for best use of video or moving image; and Oakwood Creative wins for consumer electronics with its work for Coloud.